KUWAIT CITY, Aug 7: In a dangerous turn that threatens the country, its reputation and its international standing, the file of “The Malaysian Sovereign Fund” took an escalating turn, after several Malaysians launched a campaign to collect signatures on the “Change” website to recover the funds they claim were looted by Kuwaiti officials and are still frozen in bank accounts inside Kuwait valued at USD 6.7 billion, reports Al-Seyassah daily.

As of Tuesday last week, about 26,000 individuals signed the campaign. The website published new data, including new numbers, and the names of 17 Kuwaiti personalities who are familiar with the fund’s case and were not questioned by the concerned authorities in the country. The signatories to the campaign called on the various decision-makers including the Kuwait Anti-Corruption Authority (Nazaha), the Public Prosecution, and the US Department of Justice to act on this file and return the looted Malaysian money. They said Nazaha and the Public Prosecution remained silent regarding the issue of corruption, which can be considered as the largest in the world. The signed petition contained a table with the value and date of the money transfers claimed to be returned.

The transfers were made to the accounts of the company Comoros Golf owned by Bashar Kiwan, on September 20, 2016, and their value was $ 70 million. A transfer was also made to Al-Sabah International General Trading Company on August 28, 2017, worth one billion dollars which were transferred in eight installments in one day. Also, a transfer of $5 billion was made to Montrian International in 2016 and in 2018. While the campaign identified its demands from the Kuwaiti authorities, it threatened to push the people’s representatives in the Malaysian parliament to transfer the case to the International Court of Justice, in implementation of the United Nations Convention on Combating Cross- Border Organized Crime, signed by the Malaysian and Kuwaiti sides. The petition included 12 demands from Kuwait, the most important of which are data of transfers received at the Chinese Bank branch, the parties that received these transfers and the names of officials and shareholders in these entities, as well as the names of all persons involved in the sovereign fund case, attached to the investigation reports conducted by the Kuwaiti authorities on this case, which it had kept it confidential.

The petition also demanded the minutes of the full meeting between the former Kuwaiti Prime Minister and “Jo Low” – the fugitive accused on April 19, 2016, as well as all the reports received from the Kuwaiti authorities regarding the purchase of land by a Malaysian company in Kuala Lumpur, and the list of blocked or frozen accounts, and a written permission to meet Colonel Faisal Al-Sabah and Colonel Nasir Al-Tayyar, the whistleblowers in this case. 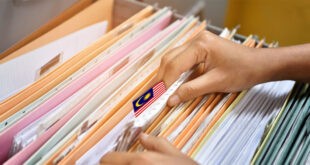 Malaysia calls on Kuwait to double investments due to economic crisis

This post has been read 21957 times! Trade exchange between Kuwait and Malaysia reached $620 …