KUWAIT CITY, Oct 5: Britain is the first investment destination in the commercial and residential real estate sector, and a safe haven for real estate investment due to its economic components, political position and legislative climate. Therefore, it remains stable despite the successive setbacks it is going through, which if another country went through, it would witness a clear stumble, and a real deterioration, reports Al-Anba daily quoting economic sources.

Despite Britain being on the verge of “the abyss of economic depression” as a result of the decline of the pound sterling which fell to its lowest historical level against the US dollar (it lost about 16%) and the rise in inflation rates, London comes at the top of the list of Kuwaiti citizens’ preferences at the investment and tourism level, which made the decline in the exchange rate of the sterling pound, an uninterrupted conversation between citizens, some of them are looking for an opportunity to have a permanent foothold in London by entering into an investment directly, but they are waiting for the right time to make a decision, especially since the mere depreciation of the currency is not the only motivating factor.

The investment and real estate specialists, say especially since “not everything that glitters is gold.” the economic stimuli and the targeted economic growth rates in Britain, leading to the certainty of answering a fundamental question: Will the exchange rate depreciation end at the current borders, or will it witness other depreciation rates? Specialists believe that the international investor knows with certainty that he is exposed to the risks of fl uctuations in currency exchange rates, which are among the ABCs of investing outside the borders of the state, whether it is in real estate, traded shares or any other customary investment.

The CEO of the Real Estate Investment Department at Kamco Invest, Muhammad Fahad Al-Othman, said that the decline of the pound sterling against the US dollar would create many opportunities in a number of sectors, with the benefit being in the medium and long term. He added, “If we look at the UK economy, the most prominent sectors revolve around the services and real estate sectors, and therefore we see that most of the opportunities that will result from this decline are in these two sectors.”

Investment
He added: “The real estate sector in all its categories, whether commercial, investment or residential, has maintained its position during the challenges that the markets have experienced, especially during the past years, which indicates that it will become more attractive, especially for foreign investors.” Economic expert, Muhammad Ramadan, believes that the declines in the sterling exchange rate since the beginning of the year may not constitute a threat now, but rather an opportunity, especially since the decline comes in the context of a corrective currency prices compared to inflation rates without a collapse in the prices of the sterling pound.

It is a real reflection of raising interest rates in order to tame inflation. Ramadan said that the situation in important cities in Britain is more stable, and usually exceeds economic problems due to its global economic and financial importance, pointing out that we have not witnessed a significant decrease in the prices of defensive assets such as real estate of all kinds and other assets that respond flexibly to changes in conditions, whether the change in rates Inflation or exchange rates to maintain their stability so far. 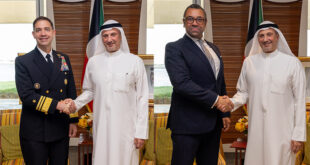 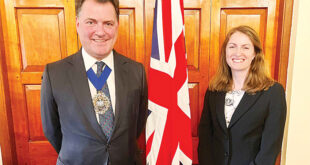 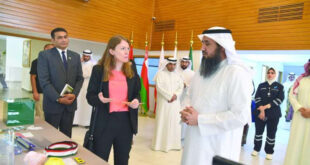 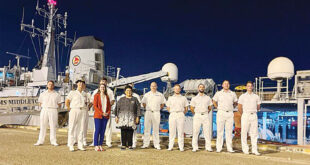 This post has been read 8732 times! KUWAIT CITY, June 23: British Ambassador to Kuwait …