KUWAIT CITY, Aug 28:  Kuwait Banking Association (KBA) announced on Monday that local banks will be closed for five days starting from the day of Arafat next Thursday till Monday Sept 4, on the occasion of Eid Al-Adha.

Dr Hamad Al-Hasawi, Secretary-General of the Association, said in a press statement that the banks will start operations on Tuesday, Sept 5. Al-Hasawi pointed out that this comes in accordance with the circular issued by the Central Bank of Kuwait. (KUNA)

‘Kuwait Airways to undergo strategic overhaul’ : Kuwait Airways Corporation (KAC) is set to outline a new strategic overhaul later this year, according to Kuwaits state news service. Minister of State for Economic Affairs, Hind al Sabeeh, told the agency that the new plan will be completed before the end of the year and would help the airline regain lost glory. Plagued by years of losses, Kuwait Airways has been struggling to reform. Privatisation is often debated and the airline has been implementing an ambitious fleet modernisation programme, but hasnt been able to transform traffic on new routes into positive financial results.

The airline is also suffering a crisis of leadership. Former CEO Rasha Al Roumi, who was heading the airlines five-year turnaround plan, resigned in controversial circumstances earlier this year, citing lack of government support and preferential treatment to other carriers in the country. Her grievances included a $1.9 billion (KD 600 million) payment which she says the government had pledged to but instead chose to award to another local competitor. (arabianbusiness.com) 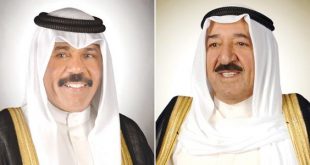 KUWAIT CITY, Aug 16: The Ministry of the Interior has put in place an integrated …