KUWAIT CITY, July 16: The government spokesman, Eng. Tariq Al-Muzram stated that the cabinet is awaiting the opinion of the health authorities, and it will determine when the lifting of isolation will be implemented on Farwaniya as it was done with other areas.

Al-Muzram added that next week from the health authorities that will be presented with analysis to the Council of Ministers regarding the holiday period and the next stage.

Regarding treatment abroad, he said that the airports are still closed open resuming the treatment program abroad will begin again. 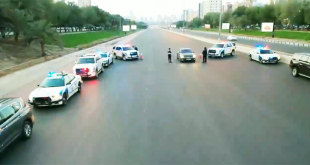