Maybe it’s a counter-reaction to our increasingly digital reality, but lately horror films have increasingly turned to primal pasts to resurrect the rituals and fears of folktale. It’s a strikingly global trend, spanning puritan New England (“The Witch”), rural Iceland (“Lamb”), North Dublin (“You Are Not My Mother”) and pagan cults of Sweden (“Midsommar”).

The best of these movies don’t just dredge up a supernatural force from another time but adapt the spirit and psychology that it emerged out of. Goran Stolevski is an Australian writer-director but he was born and raised in Macedonia. And in his feature-film debut, “You Won’t Be Alone,” he has drawn from old regional witch tales to craft a spellbinding immersion in a distant and fantastical 19th century Macedonian realm that nevertheless throbs with a strange, timeless existentialism. If you are picturing broomsticks, don’t. We aren’t in Kansas anymore. “You Won’t Be Alone,” which debuted in theaters Friday, begins with a visit from a 200-year-old witch (a brilliant Anamaria Marinca).

She’s known as Old Maid Maria or as the Wolf-Eateress, and her face is pock-marked from the fire that wouldn’t consume her. She has come for a peasant woman’s infant daughter, Nevena. The mother pleads to let her raise the child until she’s 16, a bargain that Maria strikes by cutting the child’s tongue out. After trying to hide Nevena all her life in a cave with a natural skylight high above, Maria comes for her, arriving in the form of a crow. This isn’t a computer-generated transformation, nor are any of those that follow. Shape shifting continues throughout “You Won’t Be Alone” but it is always seen naturally and a little mysteriously. It’s done in a cut. When Maria leads Nevena (Sara Klimoska) out of the cave, it’s one of the most bizarre baptisms into the world any person could make. Until now, she’s known little more than a small pile of dead leaves.

Agog at the sun, the pastoral surroundings and her new captor, Nevena marvels at the world she has no grasp of, or of her place in it. In voiceovers that bear a touch of those found in Terrence Malick’s films, Nevena’s half-formed words — she calls Maria “Witch-Mama” and herself “Me-the-Witch” — struggle for understanding. “Me, am I devils?” Maria begins raising Nevena as a kind of protégé but her lessons are brutal. Seeing Nevena play with a rabbit, Maria picks it up, snaps its neck and instructs, “Blood, not playthings.” But Maria quickly grows frustrated with her witch pupil. Tiring of motherhood, she transforms into a wolf and leaves Nevena alone at a forest creek.

Nevena is left to roam the countryside, where her unusual point of view lends an outsider’s perspective on humanity. She might as well be an alien in human disguise. What she sees both enraptures and horrifies her. Nevena soon realizes she, too, can transform. After accidentally killing a peasant woman (Noomi Rapace), she uses her sharp black fingernails to clutch the woman’s insides and stuff them insider a cavity in her chest. “What isn’t strange?” she muses.

Well, the clawed-out insides certainly are. But “You Won’t Be Alone” — not really a horror film — is much more concerned with using the young witch’s innocent but deadly outlook to examine life. She’s a witch anthropologist, and her transformations from one body to the next — a beautiful young woman, a young man, a dog, a child — give her many windows to look out from. As a woman in the male-dominated society, she notices that when woman are around men, “the mouth, it never opens.” But when the women are alone, conversation flows. “The mouth, it stays open.” There are ruminations here not just of gender strictures but of parenthood, abandonment, love and the shared blood of heritage.

“It’s a burning, hurting thing, this world,” she tells herself. The film is so artfully composed that you’d swear it was the work of a more veteran director (though Stolevski has made many shorts). Nevena’s different iterations begin to feel more episodic than profound. But “You Won’t Be Alone” enchants in its novel perspective and in its sharp-shifting protagonist’s unquenchable curiosity. The witch, once so set in stereotype, has never felt so enthrallingly elastic. “You Won’t Be Alone” a Focus Features release, is rated R by the Motion Picture Association of America for violence and gore, sexual content, graphic nudity, and sexual assault. In Macedonian with subtitles. Running time: 108 minutes. Three stars out of four. By Jake Coyle 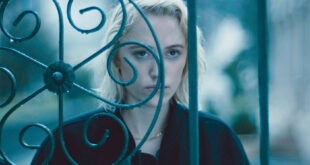 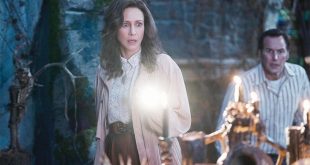 ‘The Devil’ fails to up scare factor 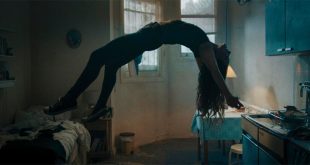 A psychological horror in ‘Saint Maud’ 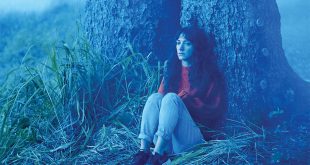