Laureates in Spanish awards call for action to ‘save future’

In his acceptance speech in the northern Spanish city of Oviedo, Scorsese said he worried about the low consideration that cinema and arts receive globally, but more specifically in the United States. He also wondered what’s stimulating the creativity of young filmmakers.

“Where do they go for that valuable inspiration?” said the director of Taxi Driver or Raging Bull, among other films, from the stage of a historic theater. “Are the values of our world being eroded so we can’t be sure if they are being inspired by art and truth, or just for commerce?” Earle, who became first female chief scientist of the US oceanic exploration agency, said that “blue” protected areas in oceans across the world are “urgently needed” to reverse the “alarming” environmental degradation. “Actions taken in the next 10 years will determine our future for the next ten thousand years,” added the 83 year-old scientist and explorer.

Known as the Nobel Prizes of the Spanish-speaking world, the awards are named after the heir to the Spanish throne, Princess Leonor. Given that the crown princess is 12-years-old, her parents King Felipe VI and Queen Letizia are who usually preside over the annual ceremony. Other laureates this year were the nonprofit Amref Africa group, which uses planes and mobile technology to deliver health care across that vast continent; French crime writer Frederique Audoin-Rouzeau, known for her pen name Fred Vargas; Swedish geneticist Svante Paabo, a pioneer in sequencing DNA from archaeological and palaeontological remains; and mountain climbers Reinhold Messner and Krzysztof Wielicki.

Messner, an Italian from South Tyrol, was the first to conquer the world’s top 14 summits and took part in the first ascent of Everest without supplementary oxygen. Poland’s Wielicki is known for his numerous climbs to Himalayan peaks in severe winter conditions. Alma Guillermoprieto, an award-winning Mexican investigative reporter, received a long round of applause when, on the verge of tears, she remembered the 45 journalists killed so far this year across the world, including her fellow countryman Javier Valdes, murdered in May in Sinaloa.

“They kill one to intimidate others but, in the long run that leads to at least two more journalists to emerge,” the 69-year-old writer said, encouraging young journalists to embrace truth in their profession. “Without powerful, well-funded journalism that is respected by governments, the modern-day world, the interlinked world, would be impossible.”

LOS ANGELES: Filming in Croatia all but ceased in the 90s as war raged in the region, but the newly independent country has now emerged as one of the most film-friendly in the Balkans, and international projects are bringing business back to the area. In 2012, Croatia launched an international film program that offered productions a cash rebate of up to 20%; it has since risen to 25%.

In addition to the rebate, Croatia offers beautiful locations, especially along its Adriatic coast, as well as exceptional local talent and production companies that have an impressive record in domestic and international production. The small nation also boasts relatively low labor costs compared to other European countries. 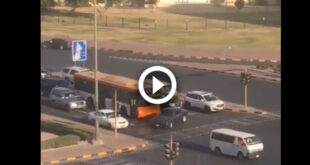 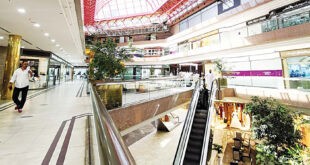 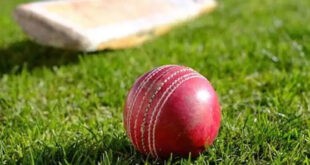