KUWAIT CITY, Oct 7: When the late Amir HH Sheikh Sabah Al-Ahmad Al- Sabah set his foot on the Indian soil on June 14 2006, it was history in the making.

This was the first official visit of HH Sheikh Sabah Al-Ahmad Al-Sabah to any country after he assumed power in January that year. The gesture was an illustration of HH the Amir’s diplomatic wisdom as Kuwait endeavored to strengthen the centuries old ties with India by taking these relations to a new height, recalls the then President of India Business Council- Kuwait, S.K. Wadhawan.

Wadhawan says, the six-day visit of the Amir to India was a remarkable footprint on the Indo-Kuwait relations, which continues to add new chapters of cooperation and mutual understanding on all international issues, a grand legacy the Amir has left behind.

The visit of the Amir, the first by a ruler of the Gulf country in more than 20 years received a rousing reception. On his arrival, the Amir was received by the then President late Dr APJ Abdul Kalam and the then Prime Minister Dr Manmohan Singh. He was accorded a grand ceremonial reception at the forecourt of the majestic President House by the three wings of the Indian defence forces – the Army, the Navy and the Air Force. “We are ready to discuss all issues, which could serve the interests of both India and Kuwait and we hope this visit will be a cornerstone in the tradition between our two countries, the tradition which goes back in history,” said the Amir in his brief address after the ceremonial reception.

During his visit, India and Kuwait inked three pacts – Double Taxation Avoidance Treaty (DTAT), Agreement on Drugs and Narcotics and Agreement on Cooperation Culture. Wadhawan who led a delegation of prominent Indian NRIs recalls how the Amir cast his diplomatic spell on the three forums FICCI, CII and ASSOCHAM at a business meet in a five-star hotel in New Delhi. “HH cast his spell on the captains of Indian business industry with his frankness, openness and even gave a lesson or two on how to conduct business. He was just an amazing personality in every way.

In addition to his wisdom in politics and foreign affairs, this humanitarian leader was equally apt in business diplomacy,” said the former IBC-K chairman. Wadhawan, recipient of many national and international awards, during this visit accompanied the late Amir on his trip to Mumbai which was both nostalgic and business oriented. HH enjoyed every moment of his stay in Mumbai.

During a function hosted by the Mumbai industrialists, HH recalled how Kuwaitis in those days travelled to Mumbai to do business with India, recalled Wadhawan. The epitome of diplomacy the late Amir put his country among the top nations in the world by engaging in peace, stability and shuttle diplomacy to settle disputes among brothers and nations around the world. He will be sorely missed by the Indian community in Kuwait and back home, the Arab world, Kuwaitis and the international community – the Amir of Humanity. 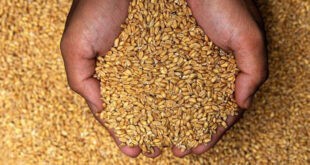 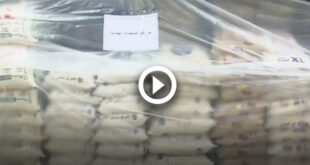 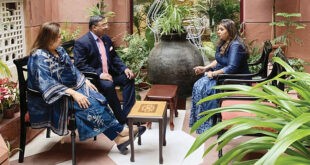 This post has been read 33889 times! Sadaaqa, an independent production that aims at documenting …