KUWAIT CITY, July 11: Lack of a visionary economic-development forecast by some Middle Eastern states has aggravated repercussions of the novel coronavirus (COVID-19) in these countries, a senior World Bank official has affirmed. Negative impact of the pandemic on the world economies has been generally quite strong, however countries of the Middle East and North Africa have taken the brunt of these repercussions, with noticeable rise of poverty and near collapse of the health sectors, said Ferid Belhaj, World Bank Vice-President for Middle East and North Africa, in exclusive interview with Kuwait News Agency (KUNA).

Belhaj, currently on a visit to Kuwait, affirmed that poverty rates have soared to unprecedented levels since the outbreak. For example, number of people living under the poverty line increased by 56 percent in Lebanon and 21 percent in Tunisia. Several effects of the pandemic are due to lack of a visionary forecast, namely at the development level, and failure of executing reform schemes on part of some regional countries, Belhaj said. Belhaj classifies regional countries with respect of interaction with COVID-19 into two categories: Ones that have proven capable of coping with it in “a positive manner,” such as GCC states and Morocco where number of citizens who have taken the anti-covid vaccines has hit as high as 10 million.

The second group comprises countries that have wasted too much time in facing the pandemic and have been slack in rising up to the challenge for a slew of reasons, namely political indecision and incapability of taking or activating the decisions. Elaborating in the interview with KUNA, Belhaj touched on how the WB reacted to the outbreak, pointing out that it had to suspend, amend or re-schedule many projects, shifting financial allocations to respond to the outbreak and its results at the economic and social levels. Moreover, the World Bank, in the shadow of the coronavirus crisis, had to focus on means of securing vaccines, alter funding programs for infrastructures and increase efforts at the level of combating poverty, Belhaj continued. The World Bank earmarked more than USD 1.5 billion for vaccination, he elaborated, noting that it was ready to specialize additional funds for immunizing people across the globe against the pathogen. However, the problem lies in securing the vaccines rather than funding, he clarified.

Most regional countries, except for GCC states, received financial aid from the World Bank amid the covid crisis, he added, noting that the allotments were directed to aid to the most vulnerable classes of peoples. Citing a tangible example of the contributions to the Middle East, Belhaj noted that the WB earmarked USD 246 million for Lebanon, “a country facing collapse with people suffering from poverty.” Regarding small and medium enterprises, Belhaj said the WB group had drawn up a three-level scheme to deal with the pandemic repercussions. Firstly, supporting the health sector and secondly, backing up small and medium projects and thirdly, combating poverty and social fallouts. Negative impact of the pandemic has been quite strong on private sector of the regional countries, he said, indicating the World Bank is seeking to persuade states to abstain from “hegemony” on the private sector and replace this approach with supervision and follow- up for sake of creating jobs. According to the WB forecast until 2050, some 300 million young people will join the labor market in the Middle East and North Africa, he said, cautioning that the public sector could not absorb a high number of job seekers in the regional countries. By Fawaz Karami (KUNA) 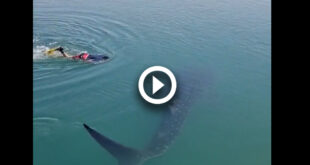 This post has been read 11913 times! KUWAIT CITY, Sept 24: The General Directorate of …