KUWAIT CITY, Dec 23, (KUNA): Kuwait’s state budget will be the “launchpad” for a spate of economic and financial reforms, the country’s Finance Minister Mariam Al- Aqeel said on Monday.

Speaking to reporters, the minister said she would begin outlining plans aiming to bring a myriad of economic reforms to fruition, saying the country is at the cusp of a very critical juncture.

On plans to nationalize Kuwait’s private sector, Al-Aqeel, who doubles as minister of state for economic affairs, said the process has slowed due to ongoing re-evaluations ensuring that the strategy meets international standards. She went on to say that the “partnership” between Kuwait’s private and public sectors will form the focal point of national development plans 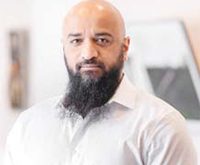