KUWAIT CITY, Aug 20, (Agencies): Kuwait’s anti-corruption body has set up a higher committee in efforts to push forward a national strategy to root out corruption nationwide.

The committee comprises 21 members from across government institutions tasked with drawing up initiatives for tougher anti-corruption measures, according to Luay Al- Saleh, a member of the anticorruption watchdog’s Board of Trustees.

Kuwait’s anti-corruption body is in the process of putting together similar teams to make sure that the country’s anticorruption strategy ultimately comes to fruition, added the official. He went on to say that the success of the strategy is crucial to improve Kuwait’s ranking on the global corruption index, which can only occur with collective effort and cooperation on the part of government bodies.

Meeting
Meanwhile, the Council of Ministers during its meeting yesterday said all senior officials of all the ministries must disclose their financial assets to the Public Authority for Combating Corruption (NAZAHA), reports Al-Qabas daily.

Al-Qabas has obtained a copy of recent statistics issued by NAZAHA which revealed that 13,690 personnel have submitted the details of their financial assets from end 2016 until mid- July 2019, a rate exceeding 92% of the total number of people who by law are supposed to disclose their assets.

According to these figures 1,190 have yet to submit of whom 1,319 have been ‘examined’ and 402 have been referred to the Public Prosecution for delaying to submit the report. During the current year, NAZAHA has received reports of 218 suspected cases of corruption.

Some employees of PADA referred to Public Prosecution 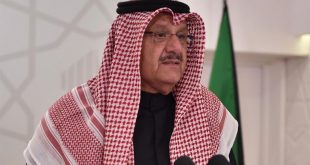