‘Kuwaitis lose quarter of a million dinars to fraud’

KUWAIT CITY, Jan 23: The e-Crimes Department of the Ministry of Interior says until date this year 15 Kuwaitis, men and women, have been looted to the tune of a quarter of a million dinars by organized fraudsters who impersonate bank employees and call from abroad using local telephone lines, reports Al-Qabas daily.

The modus operandi is similar – they tell their victims they work for a local bank and that their accounts need to be updated and end up getting all the relevant bank data including the four digit pin number with the blink of an eye the money is stolen.

The sources revealed the Yarmouk Police Station alone has recorded 3 cases and added that the Criminal Investigation Department (CID) had arrested about a month and a half ago two Asians living in the country for involvement in illegal activities in coordination with others who operate from overseas.

The sources say all customers have time and again been asked not to answer banking related queries over the phone and not to disclose any data even if the person at the other end claims to be a bank official because no bank official at any time ask the customer for account information over the phone. The Al-Anba daily said 530 similar cases were registered in 2019. 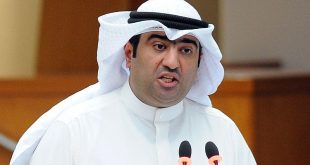 ‘Thieves’ return cash, out on bail

KUWAIT CITY, Dec 3: In confirmation to a report published in Al-Seyassah daily recently regarding …