KUWAIT CITY, Dec 11: In a step that comes within the framework of the Ministry of Interior’s keenness to prevent any manipulation in procedures while exiting and entering the country, after specific years of the start of applying the fingerprint system to expatriates, the Ministry of Interior has, within the past few days, followed a new procedure that obliges all Kuwaitis and Gulf citizens to apply the fingerprints when they leave and enter the country, reports Al-Anba daily.

A security source confirmed that any Kuwaiti or Gulf citizen who has any obstacle that prevents him/her from travelling will be banned from leaving or entering the country if the fingerprint device proves that the person is wanted by law, in such cases the person will be referred to the security authority.

The source pointed out that the application of the fingerprint system comes after completing the database of the Ministry of Interior for all citizens and Gulf citizens.

Asked about the passengers who have no fingerprint, the source indicated that in that case the passenger should revise the Criminal Evidences Department, noting this normal matter due to the completion of the Ministry’s database and linking it to the compute 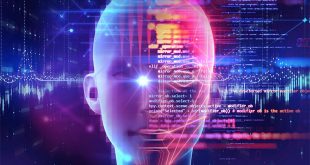