KUWAIT CITY, July 8: Kuwaiti residents of Fahaheel area, specifically those residing in Block 4, say they suffer from a number of challenges that need to be addressed and solved by the concerned authorities such as the influx of bachelors, and dilapidated roads that need maintenance, especially the road parallel to the Fahaheel Expressway.

Via the daily, the citizens called upon the relevant committee, which was formed to deal with the phenomenon of bachelors living in private residential areas, to step up its efforts. They also called upon the Ministry of Public Works to repair the three-km stretch of road parallel to Fahaheel Expressway in Block 4 as this road has many potholes and even nails, and to solve the traffic problems experienced in the area.

The citizens also called upon the Public Authority for Agricultural Affairs and Fish Resources (PAAAFR) to utilize the desert area opposite the health clinic adjacent to the Fahaheel Highway and transform it into a park in order for it to become an outlet for the residents of the area.

They complained that their area has a small public park located in Block 10. They also appealed to the Ministry of Social Affairs to move the area’s cooperative society branch in Block 4 to another location, as the cooperative society is adjacent to a mosque that is currently under construction near the main road, and to transform the place into a parking lot for the mosque.

In addition, the citizens urged the Ministry of Awqaf and Islamic Affairs to renovate the Tariq Bin Ziyad Mosque after making the necessary expansions to it. The citizens said, “They had previously addressed the ministers of the concerned authorities about these demands but without success”, adding, “If these simple demands are implemented, the situation in the residential area can change to a much better extent.” (Al-Rai)

Share
Previous ‘Kuwaiti eggs production reaches 1 bln, consumed by local market’
Next Panel to go ahead with report on plan to reduce number of expats 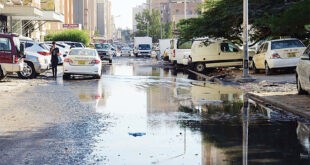