CAIRO, Feb 27: Three Kuwaiti female artists and writers displayed at an international event in Egypt, Sunday their successful ventures in fields of choice, articulating that their experiences of womanhood shaped their careers and heavily influenced their work. This came in symposium organized by Nut forum as part of Aswan International Women Film Festival. The symposium, moderated by Narmeen Amer, revolves around the challenges women in creative fields face.

Artist Thuraya Al-Baqsami commented that her work in writing and the arts is largely influenced by her experiences in various countries, including the soviet school of thought and African culture. Al-Baqsami added that her career in writing started when she was a child and gradually evolved into having her own column in Al-Qabas local newspaper. On her experience during the Iraqi invasion of Kuwait, Al-Baqsami stated that she managed to draw 85 symbolic paintings but seized to produce any artistic work following the imprisonment of her husband by the invading army.

Al-Baqsami also mentioned that she has been working on art exhibition that includes one thousand paintings but was delayed due to the covid-19 pandemic. Two times winner of State’s Admiration and Encouragement award, Amal Al-Randi, talked of her experience in writing, stating that she first began her career in children literature with a collection of short stories depicting gender equality. Al-Randi stated that she is thoroughly invested in the female experience and women issues as she uses her writings to explore familial roles and propose solutions to social issues. She also utilizes her platform to handle topics of tolerance and equality, and delivers her message in a manner that is accessible and attractive to children.

Al-Randi mentioned her initiative of interactive storytelling with the participation of a number of children literature writers, which both parents and children can enjoy. On her part, interior engineer Hadeel Al-Saleh, shed light on the challenges and setbacks she faced in order attain the doctorate degree in her field of and fulfill her dream of becoming a professor. Al-Saleh shared that not surrendering and challenging oneself is key to accomplishing life goals, commenting that this is the life lesson she learned along the way.(KUNA) 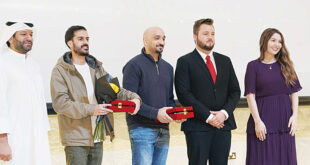 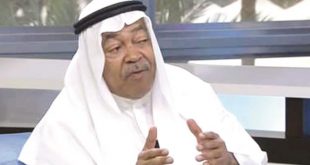 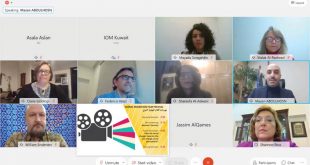 This post has been read 10393 times! File Photo : Saudi students from Effat University …