KUWAIT CITY, June 13: Capital Economics, in its recent report, affirmed that Kuwait has benefited from the Russian war on Ukraine, reports Al-Anba daily. When commenting on the Gulf countries’ benefit from the global geopolitical situation, which pushed the oil prices to rise to record levels, it indicated that Kuwait increased its oil production during the first quarter of this year, and that increase was reinforced during the month of April in conjunction with the high prices.

The report highlighted the significant rise in inflation in Kuwait, as it rose to its highest level in nearly a decade on an annual basis, reaching 4.4 percent, thereby recording the highest inflation level among the Gulf countries that were compared in the report.

Before COVID-19 pandemic in 2019, the inflation rate in Kuwait was lower than that of Bahrain and Oman. Regarding the rest of the Gulf countries, the report indicated that Saudi Arabia recorded an accelerating growth rate in the first quarter of this year, on the background of the rise in oil prices to record levels. 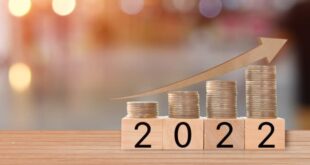 This post has been read 15687 times! KUWAIT CITY, June 4: The Economist Intelligence Unit …