In a statement to KUNA, the club chairman Fuhaid Al-Ajmi said the games would mark inauguration of the new club hall in Bahyan district, with tremendous support from the Public Authority for Sport. The participating clubs are Jeddah Ice Sport of Saudi Arabia, Bahrain I, UAE’s Theebs, Lebanon, Egypt’s Pharaohs team, and Kuwait’s Stars, he added. Al-Ajmi also stated that the championship would be sponsored by the International Hockey Federation, which would provide international referees.

Moreover, he pointed out that the club would hold a training program for Gulf women players. A training program also will be provided for the international referees, presented by a Serbian lecturer, Al-Ajmi has added. He has stressed that the championship committees are putting their maximum efforts to make the games successful. 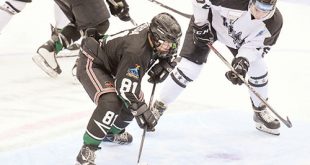