KUWAIT CITY, June 18: The Philippine Embassy through its lawyer has filed a case against a Kuwaiti man accusing him of sexually assaulting his domestic worker, reports Al-Rai daily.

According to the case papers, the suspect went to the maid’s room and offered her money to buy her silence and did what he wanted to do against the will of the maid. In his complaint, the lawyer said the Filipina was subjected to sexual assault when the rest of the family members were not in the house.

The security source said, that the worker seized the right opportunity and fled from the home of her employer and resorted to the embassy of her country and told what was done to her by her employer.

She was to the hospital and underwent a medical examination and got a report confirming the exposure rape, a copy of which has been given to the security men. The Kuwaiti has been summoned for interrogation in a prelude to take legal action against him. 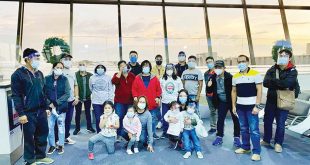