Kuwait richest in the world – No poverty, No forced unemployment

KUWAIT CITY, May 2: According to the World Bank report, Kuwait is “one of the richest countries where practically there is no extreme poverty and no forced unemployment, reports Al-Rai daily.

“The country enjoys strong foreign financial assets, with financial reserves estimated at 465 percent of gross domestic product. On the other hand, the report pointed out that expatriates “represent two-thirds of the population in the country,” considering that “the bulk of them form the low-income segment,” noting “there are more concerns faced by expatriate workers, including nonpayment of wages, or delay in addition to the difficult working conditions and fears of harassment.”

The report pointed out that “18 percent of the total population lives below income level of half the average.” The report also pointed out that the “decline in oil prices in the past years, led to a significant decline in liquidity reserves,” while at the same time there have been “more withdrawals from the General Reserve Fund may erode the reserves.

Kuwait’s remittances rose by 3.9 percent year-on-year in the last year. Workers’ remittances in Kuwait last year, according to Central Bank data, were KD 4.3 billion, compared to KD 4.1 billion in 2017. The highest value of second-quarter remittances was KD 1.19 billion, while the lowest transfers in the first quarter were KD 1.03 billion. 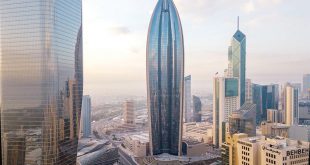