KUWAIT CITY, June 26: The liquidity level of the public treasury is finally boosted by the oil revenues, to the extent that the officials of the Ministry of Finance are now optimistic that at the end of the current fiscal year will generate surplus cash once again, after 8 years of consecutive and historical deficits, reports Al-Rai daily. Informed sources said “the growth in the state’s monthly revenues is approximately 600 million dinars, compared to the corresponding months of the last fiscal year,” explaining that “all public expenditures for the month of June, amounting to about 1.9 billion, are scheduled to be paid, with the support of revenues generated from The same month, it was about 2.1 billion.”

The same sources noted that “the total claims due for the last fiscal year (the deficit) after paying June’s expenses amounted to 2.3 billion,” explaining that “these figures reflect an increase in the financial capacity of the state by about 46 percent, supported by the increase in the state’s exceptional monthly revenues from oil sales.” The sources pointed out that “among the expenses that will be paid for the current month, 300 million dinars are allocated per month to pay the specified installments, the deficit of the last fiscal year, in addition to 300 million dinars that will be paid to the Petroleum Corporation owed by the Ministry of Electricity and Water, leaving the ministry 140 million expected to be paid to the KPC next month.”

Share
Previous ‘Weather to gradually get better’
Next Banks prefer Kuwaitis, even if they are paid higher salary

Kuwait’s foreign reserves increased by 9% as of July 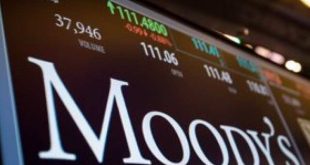