During the call, His Highness the Amir Sheikh Nawaf Al-Ahmad Al- Jaber Al-Sabah and His Highness the Crown Prince Sheikh Mishal Al-Ahmad Al-Jaber Al-Sabah had both insisted that the country stands by the brotherly Kingdom of Jordan. They wished Jordan continued stability and prosperity, under the wise leadership of King Abdullah II, praying that the Kingdom and its people be protected from any harm. Meanwhile, Health Minister Sheikh Dr. Basel Al-Sabah briefed the ministers on the latest developments on the COVID-19 pandemic, warning that infections and virusinduced deaths in Kuwait are witnessing an “unprecedentedly large increase,” due to a laxity in adhering to government-imposed measures.

The Ministry of Health was tasked with providing the Ministry of Education with preventative equipment (face masks, sterilisers, disinfectants, thermometers and other protective gear) ahead of secondary school 2020/21 final examinations. Furthermore, the Cabinet referred an Economic Affairs Committee recommendation regarding the annual 2020/21 third quarter plan follow-up report to the National Assembly. 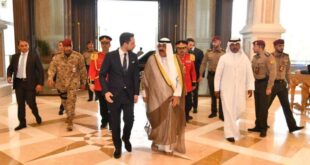 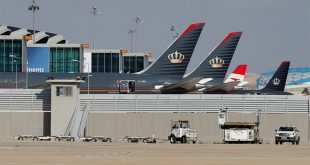 This post has been read 6658 times! Amman provides investors with many incentives KUWAIT CITY, …