Kuwait in phase 2 of vaccine delivery

KUWAIT CITY, May 9, (Agencies): The Ministry of Health launched, Sunday, the second phase of COVID-19 vaccine field units, as it includes providing vaccines to workers in commercial centers in the country. Ministry spokesman Dr. Abdullah Al- Sanad, said in a statement that this service is part of the ministry’s efforts to combat the spread of the pandemic. The units are provided with the various necessary equipment in order to ensure smooth functioning of the vaccination procedures and application of all precautionary measures, Al-Sanad said. The campaign kicked off at the Avenues Mall in two periods, and it is expected to finish providing the first dose of vaccination to about 10,000 people working in the mall, he added. More than 34,758 employees who have direct contact with the public received vaccinations through this service in its first stage, he said. Dr. Al-Sanad praised efforts of those in charge of the campaign and the medical staff participating in the various vaccination centers who continue to perform their duties according to the best quality standards.

Social media rumours about certain people being excluded from having to hand in a COVID-19 test report upon arrival in Kuwait are “untrue,” the government said on Sunday. These tests are “mandatory, according to health requirements, for all nationalities and groups coming to the State of Kuwait,” the government communication centre said in a statement.

Member of the Supreme Committee for Vaccines at the Ministry of Health Professor Khaled Al-Saeed has unveiled the plan of Kuwait to provide vaccination against Covid-19 for children aged 12 to 15 years old once it is approved by the concerned international authorities, reports Al-Jarida daily. Regarding the vaccination of pregnant women, Al-Saeed confirmed in a statement to the daily that they are waiting for the results of studies on the safety of vaccinating these women. He also clarified that lactating mothers can be vaccinated, affirming breastfeeding is not one of the vaccination barriers stated on the platform. He reiterated that studies and researches conducted in the West indicate that vaccines reduce the percentage of virus carriers and transmission to others. He said vaccination is the only way out of the pandemic and the crisis the whole world is facing now, pointing out that “vaccination will bring us closer to achieving community immunity and returning to normal life.”

Share
Previous Ample foodstuff, No worries
Next 10th May 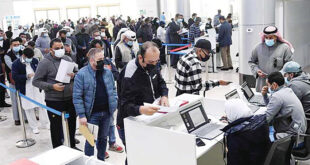 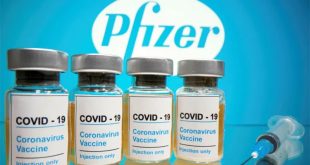 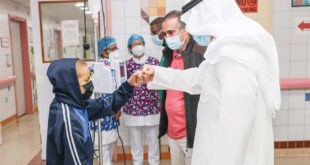