KUWAIT CITY, Oct 26: Kuwait has been ranked last in the Gulf and second last in the world as the worst destination for sustainable expats for the year 2020, which was issued by Internations International after doing study of 60 countries around the world.

In order for any country to be included in the sustainability classification for expatriates, it is necessary to have a survey of at least 75 participants in each country. This year, among 60 countries for expatriates met this requirement and more than a thousand expatriates participated in the survey which represented by 173 nationalities who live in 181 countries.

Egypt (58th) and Kuwait (59th) join India (60th) in the bottom 3 of the Environment & Sustainability Ranking. They perform much worse than other Middle Eastern destinations featured in the survey of Internations, such as Oman (21st), the UAE (22nd), Israel (23rd), Bahrain (29th), and Qatar (34th). Turkey (42nd) and Saudi Arabia (49th) also do significantly better in the overall ranking.

Egypt (58th) ranks among the bottom 3 destinations in each subcategory, performing worst in the Products & Utilities subcategory (59th). Here, the country places 58th for all three rating factors: the availability of green goods and services, its energy supply, and local waste management and recycling efforts. Kuwait (59th) only has one factor that does not end up among the bottom 10: its energy supply (50th). Not even half the expats (45%) rate this factor positively — which is far below the global average (62%). The country ranks worst (60th out of 60) for the lack of interest in environmental issues among the local population. As reported by the Legatum Prosperity Index 2019, both Egypt (107th out of 167 destinations worldwide) and Kuwait (78th) perform rather badly for investing in the environment.

Finland topped the first place, Sweden and Norway came in second and third places, then Austria, Switzerland and Denmark in the 4, 5 and 6 places, and New Zealand, Germany, Canada and Luxembourg ranked 7, 8, 9 and 10.

The Internations survey listed Kuwait, India, Egypt, Indonesia and Vietnam as the worst expatriate destination in terms of sustainability, and respondents in these countries often express their dissatisfaction with the effects of air pollution, lack of clean water and inadequate sanitation for many residents and the spread Lack of concern for the environment among the population.

The survey indicated that the performance of Kuwait, Egypt and India in the index was much worse than other destinations in the Middle East, which achieved advanced positions, while Turkey and Saudi Arabia advanced in the index this year, indicating that the expatriates surveyed from Kuwait express their dissatisfaction with the availability of goods and services that Encouraging the environment, in relation to waste management and recycling infrastructure.

Kuwait was the worst performer in the world in relation to its natural environment, and that more than 30 percent of the expatriates surveyed in Kuwait negatively rate the infrastructure and sanitation in the country. According to Internations an Australian resident residing in Kuwait: “Bad drainage Health and waste management here is inefficient, and it is among the worst things in Kuwait. ”

An South African expat in Kuwait stated that Kuwait has a culture of neglecting environmental matters, while another American resident expresses his belief that environmental issues are often overlooked here in Kuwait and expressed her concern about poor air quality and the lack of green spaces and nature.

The Environment & Sustainability Ranking is based on three subcategories: Products & Utilities, Policies & Peoples, and Quality of Environment. In total, respondents were asked to share their satisfaction with eight individual rating factors. Two or three of these factors were then grouped together for each subcategory. The Products & Utilities subcategory, for example, includes the availability of green goods and services. In the Policies & People subcategory expats rated, among other things, how much they think the local government supports policies to protect the environment. Lastly, the Quality of the Environment subcategory includes factors such as the natural environment and air quality. 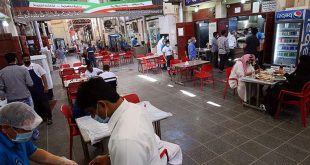