KUWAIT CITY, Mar 09: Upon direction of Director General of the General Administration of Customs, Counselor Jamal Al-Jalawi, Kuwait customs officers foiled an attempt to smuggle 2.16 million cigarettes which are banned in Kuwait at Shuwaikh port.

The consignment arrived from an Asian country. MOH has banned such cigarettes which were hidden in a 20 feet container among clothes and school bags. Further investigations are going on. 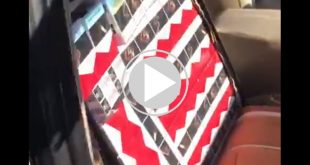 A Customs worker taking out cigarette packets hidden in secret compartments of the car. KUWAIT …