KUWAIT CITY, June 19: Kuwait is a country of the ‘fattest people in the world’ according to an annual list published by the American gazettereview.com news site based on the official data derived from the governments of the countries and the World Health Organization rules, reports Al-Rai daily. Kuwait has become king of the fattest countries in the world in recent years.

It is commonly said that their love for fast food has led to the alarmingly high rates of obesity, according to the website. The website said 13 percent of the people in the entire world are said to be obese. Over three times this percentage are obese in Kuwait. The definition of overweight is a BMI (body mass index) of 25 or more, and the definition of obese is a BMI of 30 or more. The high consumption of fast food in Kuwait has led to introduction of another American idea: stomach stapling. Kuwait is said to have the highest rates of stomach stapling of any country.

Around five thousand stomach staple procedures are performed in a given year in a country with a pretty small population of around three and a half million people. Like other countries on the list, the increased prosperity from oil, the influx of American food, and different cultural ideas about weight and eating have lead to very high rates of overweight and obese people in Kuwait.

According to the report more than four out of every 10 of Kuwaitis are infected with certain degree of obesity that requires treatment one way or another. To highlight the extent of the spread of stomach stapling operations among Kuwaitis, the list indicates Kuwait alone witnesses about 5 thousand stomach stapling operation annually, a figure which they see as too large compared with the total population of Kuwait. 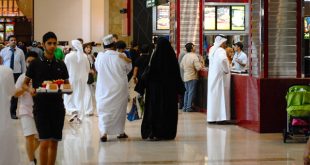