THE State is not in a state of deficit, and the government currently has a historical opportunity to either exploit it or waste it, and this means the current attrition will continue to bite at everything and we will continue to live on painkillers that have proven unhelpful, but rather made Kuwait appear to be an old country unable to deal with the smallest crises, because the two authorities, the legislative and the executive have overlooked the important issues and devoted themselves to superficial matters for the past three decades after a mirage was that we were once a ‘Pearl of the Gulf’ living on the glories of the past, while in reality what we see all around is devastation,” columnist Sattam Ahmad Al-Jarallah wrote for Al-Seyassah daily.

We have talked a lot, and others have also, about the lessons to be learned in this crisis, and how Kuwait should be after the ‘Corona’ stage, but I fear this pandemic will infect our institutions and our immunity will not exist, because the executive power has not punished the violators and has done nothing to prepare a conducive atmosphere particularly during the current period because we hear voices of those who talk about manipulation in tenders, embezzlement of public money in addition to many other talks that must reveal the truth, so there is no smoke without fire.

Unfortunately, the evidence does not bode well, especially in terms of the way the Parliament functions because the MPs put their interests above national interest, and they do not want to go to elections with clear work programs, but by provoking the street through grilling, and engaging public opinion with marginal issues, to say the least which is a kind of futility. The current crisis is crucial, and Kuwait needs every wise mind, a hand that works, and a proposal that develops, not to tighten electoral nerves, as if all our issues have been resolved and what remains is only the elections.

As a matter of fact, the government over the past months had a great opportunity to address several important files, but we only heard slogans and speeches, even in dealing with the ‘Corona’ crisis.

No serious work has been done to address the negative economic consequences, while we still see plans and programs, and nothing is implemented. For how long will we wait, will the citizen be patient until he falls prey to a financial crisis, and then the voices rise so that treatment can begin?

The Governor of the Central Bank said in his last press conference that the ‘The crisis must be an opportunity.’ This is the right thing, so the government, should deal wisely through a spirit of responsibility with the tampering of the National Assembly and eventually dot the i’s and crossing the t’s and refrain from subjecting to the pressures of some MPs who are looking forward only to hold to their positions and eventually keeping in mind that the fate of the State of Kuwait and its future is absolutely bigger than any MP or minister.” 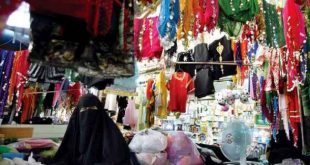