ONE of my readers used to work as an expatriate doctor in Ministry of Health, which has recently been transformed into a “Salafi” ministry, thanks to the minister’s tendencies.

However, our topic for today has nothing to do with the ministry but it is related to Kuwait International Airport. We are fed up with  criticizing it, as the concerned officials are apparently deaf.

The problems at the airport exceed the narrow space, old-fashioned construction and spread of mess, extending to the bad way passengers are treated by the employees of the airport.

This was highlighted to me by the expatriate doctor who now lives in London. He sent me his story and asked me to convey it to my readers. He affirmed that he was an eyewitness to the below two stories in this article.

The first story happened when there was a long queue of passengers in front of a passport counter. An Asian passenger was first in the queue, and the officer at the counter shouted at him in Arabic, “Your passport”. The passenger, feeling confused as he does not know Arabic, handed the officer his passport, leave document and plane ticket. The officer became furious and shouted at him, saying, “I said passport”. He then threw the rest of the documents on the passenger’s face.

The doctor said he has seen such a situation happen repeatedly with poor expatriate passengers. He compared it with a recent incident he witnessed at Heathrow International Airport. He said he was standing in a queue of passengers at the airport behind two young Arab men. When they reached the counter, the employee asked them, “Where will you stay?”. The young men did not answer as they did not know English. The employee spent a few minutes trying to make them understand what he was saying, while the queue was getting longer. Then a security officer asked all the passengers if anyone knew Arabic. The doctor then stepped forward to help the two Arab men communicate with the employee.

The doctor told another story, which highlights the senseless situations that occur at Kuwait International Airport.

He said he was standing in a long queue in front of a passport counter allocated for foreigners, which was next to an empty counter allocated for GCC citizens. The in-charge officer then asked all “blond” passengers to move to the counter for GCC citizens. They responded but so did a passenger with Asian features. The officer shouted at him, asking, “Why did you move?”. The passenger replied by asking, “Why did you ask them to move to this line?”. The officer replied, “Because they are British.”. The passenger then showed the officer his British passport. Seeing this, the officer became flustered and sweaty because of embarrassment.

The aforementioned stories represent just a minute part of what expatriates experience at our airport.

O’ Kuwaitis, do you like to be treated this way when you are in other countries? Do you accept your passports being humiliated by the police of those countries because of the color of your skin or because of poverty? We request for training courses to be urgently organized for the employees of Kuwait Airport in order to teach them proper ways of treating human beings.

Share on:
WhatsApp
Share
Previous New manpower company’s ‘price’ tag and name of worker not humanitarian
Next Do not let Iraq suffer a holocaust to satisfy Iran agents 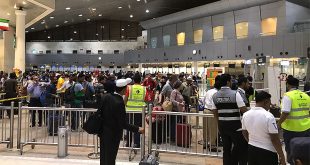 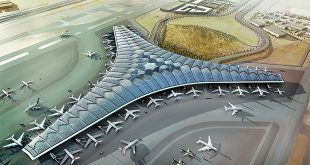 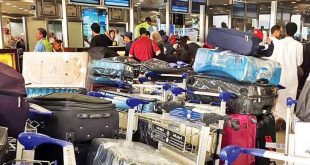