KUWAIT CITY, Nov 27: According to the British “Oxford Economics Institution for Economic Studies, Kuwait has been ranked second in the Gulf after Saudi Arabia in terms of the number of middle-income families, reports Al-Rai daily. It affirmed that the number of middle-class families is an important local market potential. Informed sources revealed that the reform of the business sector is a fundamental pillar of the foreign direct investment strategy in the Gulf countries, adding that much of the focus in the Gulf countries and the Middle East has been on improving the business environment and reducing the regulatory burden. Kuwait ranked last in the Gulf region in implementing policies capable of improving the business environment and facilitating the implementation of business activities.

In its report titled “The Middle East and North Africa: UAE and Qatar – the Most Attractive for Foreign Direct Investments”, the institution stated that the potential for the export market in most parts of the Middle East depends on development of the leadership positions in the emerging digital and advanced technology sectors. It explained that the oil and gas sector will continue to attract Foreign Direct Investment (FDI), as evidenced by the rise of FDIs in the UAE in 2020. However, the region needs to attract investment across broader sectors. The goal of special economic zones and public investment is to generate a positive cycle of economic diversification and increase direct foreign investment.

Kuwait lags behind its neighbors, despite the urgent need for a credible economic plan. There has been a decline in foreign direct investment in Kuwait such that it has been placed in last position within the Gulf region in terms of attractiveness of foreign direct investment. The Gulf economies will continue to invest in improving their infrastructure, as they have ambitious development plans for economic diversification and have available financial resources to do so. Public-private partnership (PPP) projects can help support infrastructural investments across the region. Tighter spending budgets and widening infrastructure investment gaps are creating conditions for PPP mechanisms across the region. Dubai and Kuwait are likely to be prominent markets at present in the region, with public-private partnership programs for roads and other infrastructure, but there is scope for other countries to also benefit from the public-private partnership.

However, Kuwait ranked last among the Gulf economies and tenth in the Middle East and North Africa in terms of infrastructure quality. One of the main drivers of foreign direct investment is access to a relatively cheap and well-educated workforce for integration into global supply chains. This is not usually seen as a competitive advantage for the Middle East, although the workforce in the Gulf is relatively well educated, average wages are fairly high, and the focus on enhancing the attractiveness of FDIs is on quality infrastructure and improving business systems. In this context, the labor force in Kuwait is the least educated in the Gulf and among the least educated in the region in terms of average years of education. On the other hand, the Gulf countries generally spend between 4-10 percent of GDP on infrastructure, which is comparable to spending by some Asian economies. As a result, the quality of infrastructure in the GCC ranks relatively high. 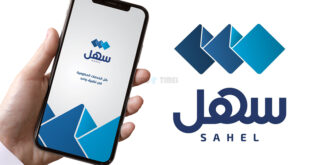 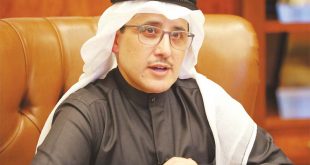