Payment to be made over 15 yrs period

KUWAIT CITY, May 6: According to informed sources, the Kuwait Petroleum Corporation (KPC) and the Kuwait Investment Authority (KIA) have reached a final agreement whereby KPC will pay about KD 8,250 billion ($27.44 billion) to the government over a period of 15 years in installments, representing accrued profits of about KD 7.75 billion, and half a billion dinars as additional fees, reports Al-Anba daily. KPC has dues of about KD 7 billion ($23.14 billion) owed years ago as dividends to the Public Reserve Fund, which is managed by the Kuwait Investment Authority. The fund is one of the sovereign funds, and covers the deficit of the general budget.

Reliable sources said the two parties signed a payment schedule according to which KPC would pay a sum of KD 550 million ($1.83 billion) annually to the Public Reserve Fund for the next 15 years. They indicated that this agreement will allow for the injection of financial liquidity into the State Treasury, the budget of which was severely affected last year due to the repercussions of the spread of the COVID-19 virus, the drop in oil prices, and the tense relationship between the government and the Parliament which prevented it from resorting to international markets in order to obtain loans.

The sources revealed earlier that the Public Reserve Fund and KPC had agreed in recent years on a schedule to repay the accumulated profits, but the fund requested its review and expedition as part of the Kuwait government’s efforts to cover the budget deficit. They stressed that the amount of profits rose to KD 7.75 billion in recent months, as KPC stopped paying installments, and negotiations were ongoing between the two sides, indicating that the total amount also included is KD 500 million as “fees”. 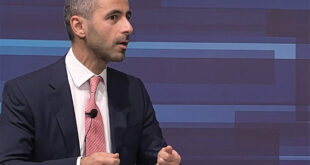