KIPIC only company to record losses of KD 55m

KUWAIT CITY, July 4: High-ranking oil sources told Al-Rai daily that the combined net profits of the Kuwait Petroleum Corporation and its six out of the seven subsidiaries is about 1.207 billion dinars for fiscal 2021/2022, despite the challenges the world is going through, after calculating the provisions.

On the other hand, the sources indicated that the KPC board of directors have undertaken many studies to review many issues that would re-arrange work at the corporation – its performance and its subsidiaries, stressing that the corporation’s CEO, Sheikh Nawaf Saud Al-Sabah, expressed during more than one meeting that he is committed to abiding by the laws and regulations in order to achieve equal opportunities and create a suitable atmosphere for work, provided that all means are provided for companies to perform their tasks away from aggravation. 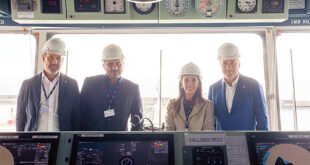 This post has been read 8321 times! Corp developing its ‘medium and long-term strategy…’ KUWAIT …