KUWAIT CITY, Oct 24: Kuwait International Bank (KIB) announced its financial results for the 9 months ended 30 September 2021, achieving around KD 3.8 million of profit attributable to the shareholders, compared to KD 568 thousand recorded at the same period last year, a growth of 567%. This was refl ected positively on the earnings per share (EPS) to reach 1.21 fils, after the Bank paid profits on perpetual Tier 1 Sukuk during the period.

Additionally, KIB’s investment securities portfolio, which comprises mainly of high quality Sukuk, grew by around KD 89 million, by 46%. On the other hand, depositors’ accounts grew by KD 307 million, a growth of 19%, to reach nearly KD 1.88 billion compared to KD 1.57 billion at the end of September last year, with shareholders’ equity reaching almost KD 260 million. “We are quite optimistic about the coming period, now that both the national economy overall, and the banking sector specifically, are starting to recover from the repercussions of the COVID-19 pandemic. Our perceptive and prudent strategic vision continues to be the main foundation on which we establish our plans, as we seek to achieve the necessary balance between managing risk and seizing opportunities across our entire operation in order to drive sustainable growth. This has refl ected positively on the Bank’s financial performance, as KIB was able to mitigate the economic ramifications resulting from pandemic-related recessions, focusing on being more active in certain areas – most notably, investments.” said Al-Jarrah.

On his part Vice Chairman and Chief Executive Officer (CEO) at KIB, Raed Jawad Bukhamseen, pointed out that the Bank’s continued profitability during this recent period was the result of its success in attracting many companies known for their financial and economic solvency, while adhering to the high standards of creditworthiness, and studying and diversifying risks. He also noted that the Bank was able to seize several financing opportunities during the past nine months of the current year, as well as participating as Joint Lead Manager in the issuance of Ahli United Bank’s USD 600 Sukuk. In accordance with the Central Bank of Kuwait’s regulations concerning Basel III, KIB continued to report high levels of capital adequacy ratio, as it reached 20.32%. The financial leverage ratio was 9.98% at the end of the third quarter of 2021. Bukhamseen also noted that Fitch Ratings assigned KIB Sukuk a long-term credit rating of “A-”, as well as a long/short-term credit rating of “A+/F1” for its Sukuk program. Adding that the agency, in its most recent report, had also affirmed KIB’s Long-term Issuer Default Rating (IDR) at ‘A+’ and viability rating (VR) at “bb-”, with a negative outlook. According to Bukhamseen, KIB’s customer-centric approach continues to prioritize the interests of its clients, as the Bank actively pursues focused and innovation- focused digitization across its operations; developing and elevating its fintech infrastructure to deliver an enriched, digitally optimized customer journey and a next-level banking experience. ”Innovation and creativity: these are the two biggest motivators and drivers for us at KIB. We are determined to be innovative and creative, yet strategic and business-focused – in everything that we do and everything that we offer to our customers,” he added.

Concluding his statement, Bukhamseen pointed out that KIB’s success in rolling out its strategic plans and achieving growth, in spite of COVID-related challenges, are key factors that have led the Bank to garner numerous accolades and recognitions from prestigious institutions. Noting that these honors only motivate KIB to continue delivering a holistically strong performance; maintaining financial stability and providing an ever improving banking experience to customers. Accordingly, it serves to note that several regional and international institutions, acknowledged for their seasoned, well-versed and impartial panel of judges, have awarded KIB with a series of accolades and honors throughout the year. Some of the most notable awards recently garnered by the Bank came from World Finance, who named KIB as the ‘Best Islamic Bank in Kuwait’ and the ‘Best Islamic Bank for Employee Development and Empowerment in Kuwait’ as well as bestowing KIB with the ‘Best Customer-Focused Islamic Banking Products and Services in Kuwait’ award – in addition to honoring Al-Jarrah with the ‘Life Achievement in Islamic Banking and Dedication to Community’ award and Bukhamseen with the ‘Kuwaiti Visionary CEO – Development and Growth Driver’ Award. KIB’s investment efforts also received their share of award recognition, as the Bank garnered the ‘Financing Deal of the Year 2021’ award from Asian Banking & Finance (ABF), as well as two awards as part of ‘The Asset Triple A Islamic Finance Awards’ program: the ‘Best Bank Capital Sukuk’ and the ‘Best Bank Sukuk’ awards. The Bank also nabbed the ‘IFN Kuwait Deal of the Year 2020’ award at the national level by Islamic Finance News (IFN). 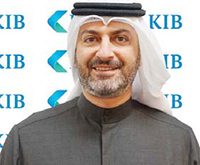 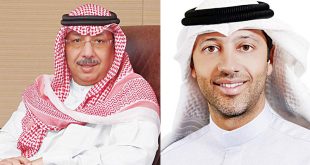 This post has been read 10196 times! As part of the Property Management Department services …