‘Kuwait keen to boost joint Arab action in all fields’

KUWAIT CITY, Jan 4: The Kuwait Direct Investments Promotion Authority (KDIPA) has approved the Wafra Economic Zone design project at a cost of KD 799,000, reports Al-Anba daily quoting sources. Sources confirmed that the authority agreed on awarding the project to a company that offers the lowest prices and conform to the specifications as per the division of the financial value based on the technical evaluation points submitted by the Arab Office for Engineering Consultations. Sources added the Wafra Economic Zone will be on par with international standards and it will be approximately 10 kilometers away from the nearest urban area. Meanwhile, assigned Assistant Undersecretary of the Ministry of Finance for Economic Affairs Talal Al-Namesh affirmed last month the State of Kuwait’s keenness to enhance joint Arab action in all fields, including “economic and commercial” for the benefit of the Arab citizen.

Participation
This came in a statement made to Kuwait News Agency (KUNA) on the sidelines of his presidency of the 52nd meeting of the Implementation and Follow-up Committee of the Greater Arab Free Trade Zone, with the participation of senior officials in the ministries of finance, economy and trade in the Arab countries. Al-Namesh added that “the State of Kuwait, through its chairmanship of this committee, is working to ensure that the recommendations issued by it serve the process of joint Arab action, especially in the field of facilitating trade and removing all obstacles facing the free trade agreement between Arab countries.” He said that the committee will discuss over the course of three days a number of issues related to the mechanism of implementation and follow-up of the free trade zone and review the measures taken by the Arab member states in the region towards achieving the optimum level of compliance with the provisions of that zone.

For his part, head of the Kuwaiti delegation participating in the meeting, director of the Gulf and Arab World Affairs Department at the Ministry of Commerce and Industry, Abdullah Al-Hajri, stressed in a similar statement to KUNA the importance of strengthening trade relations between Arab countries, members of the Greater Arab Free Trade Zone. He explained the importance of the recommendations that emerged from this meeting, which focus on achieving more facilitation of the movement of inter-trade exchange between Arab countries. The committee discussed the memorandum of the General Secretariat regarding the list of donated goods that do not apply to the provisions of the free trade zone for religious, health, security or environmental reasons. The committee is scheduled to submit a final report on the results of its work and the recommendations it prepared to the next session of the Arab Economic and Social Council. 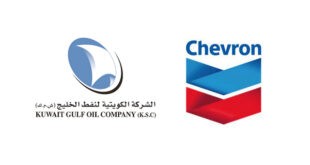 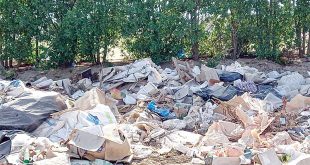