KUWAIT CITY, May 16: The Jleeb Al-Shuyoukh Cooperative Society Director, Ali Hassan revealed that in coordination with the security forces a black market for cooking gas cylinders was uncovered, where 150 merchants were arrested who gets more than 20 cylinders to sell at a price 8 dinars per cylinder by playing shortage tactics. They were trapped and handed over to the security officers to take the necessary action.

He continued by saying, the vanishing of gas cylinders was taking place which is abnormal, as we daily provide 6000 cylinders which are sold at lightning speed, which prompted us to search for the missing link.

After minute observation and investigation it was found that some expats were hired who are generally of labor class of different nationalities and were paid half dinar each time they bring in a gas cylinder. They use to return back with different clothes with an empty cylinders and after collecting the filled gas cylinder they use to place it in a half lorry.

Hassan pointed out that after the security forces hunted them down, they started fleeing leaving behind gas cylinders.

Ali Hassan thanked the Minister of Social Affairs and Labor Maryam Al-Aqeel and Deputy Abdulaziz Al-Shuaib, Brigadier Ibrahim Al-Da’i and the assistant to the commander of the region, Colonel Meshal Al-Mutairi and the commendable efforts of the authorities of the Jleeb region

Hassan said that the Director of Al-Farwaniyah Governorate Security Brigadier General Abdullah Saffah was present at the site at the time and booked them and held them in custody. 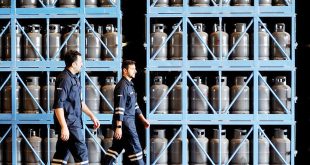 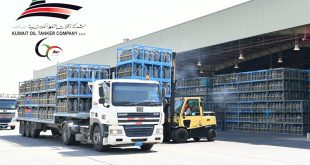 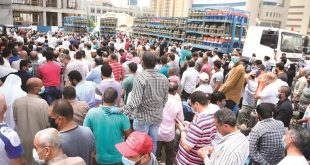 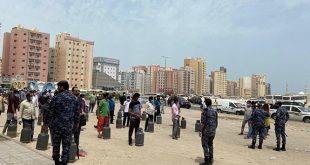