SUDDENLY without any warning, a Kuwaiti citizen whose father and grandfather were also Kuwaitis wakes up to find himself stateless. In this way, the number of Bedoun residents are increasing. This stain continues to widen on the forehead of Kuwait. It has become more evident that Kuwait does not adhere to the international conventions and treaties that it signed.

All this is happening amid the control of fanaticism and racist tendencies manifested in decisions and laws stemming from the fear of losing financial privileges and welfare granted to Kuwaitis since birth. These privileges have not been affected with the change in the financial conditions, decline in the national income, and collapse of oil prices.

These privileges opened the appetite of many to resort to forgery and fraud in a bid to get the citizenship of this country.

The matter reached such an extent that hundreds of thousands of people are suspected to have been naturalized fraudulently, and this file is still swelling.

We beg to ask – Where is the solution? Does perpetuating the Bedoun dilemma make Kuwait truly an international center for humanitarian action? Will the Central System for Remedying the Status of Illegal Residents, which was supposed to be temporary, end up becoming a permanent official body that practices an intolerable waste of human rights?

For almost half a century now, the Bedoun issue has been an international headache for Kuwait. Over the past five decades, dozens of solutions have been developed, but they end up in the drawers of governments.

This happens despite the fact that the country is in need of every labor force. It has been importing tens of thousands of workers annually from every corner of the earth. It has large capacities that are deliberately restricted because of the so-called security restrictions – the invention that deprives a newborn child of a birth certificate, and prevents the head of a family from working, transforming him with premeditation into a criminal project.

It clearly seems that those responsible for this file have forgotten what Caliph Omar Ibn Al-Khattab (May Allah be pleased with him) said about 1,400 years ago, “If poverty were a man, I would kill him”.

Thousands of Bedoun residents left Kuwait, even though they grew up here and studied in its schools and universities, when they had the opportunity to migrate to countries that know how to utilize those energies. They end up becoming doctors, engineers and businessmen. They receive what the narrow racist Kuwaiti mentality could not give them out of fear that they will ask for a piece of land or loan or a job.

There is no doubt that the country, after the negative financial developments that it witnessed in the past two decades, cannot sustain the wrong housing policy and subsidy from cradle to grave. This has become a major dilemma for the state to continue wasting public money on it at a time when many countries of the world have abandoned it, because they realized from the beginning that these types of policies lead to the collapse of states.

Therefore, there are many easy and simple solutions that do not cost the state anything, but rather relieve the burden on it, such as meeting the officials of the Central System for Remedying the Status of Illegal Residents and explaining to them the truth of their legal position.

Also, head of the aforementioned agency Saleh Al-Fadhala should announce the general outlines of the solution.

In fact, the Cabinet, whose prime minister announced a year and three months ago that his government wanted to address the “demographic imbalance” by reducing foreign labor in the country from 70 percent to 30 percent only without revealing the details of the solution, should provide a realistic solution.

Nevertheless, we ask His Highness the Prime Minister, “Are not the Bedoun among the 70 percent of Kuwaitis? Or do you hope that all the major projects you are talking about will be implemented with the remaining 30 percent? Do the people responsible for the Bedoun file know that 70 percent of the American soldiers who liberated Kuwait were immigrants and even infiltrators to the United States? As soon as they served in its army, they were granted citizenship.

Germany grants long-term work visas, and later citizenship to workers because it needs them. The same applies in France, Canada, Britain, Finland and other countries.

We cannot help but wonder – Would the US become this powerful in almost all aspects if it had rejected immigrants? Or did the brain drain from Europe make it reach this position? Didn’t all Kuwaitis come either onboard a ship or on a camel’s back and later became citizens? No one grew like a plant on this land, which means that Kuwait is an immigrant society in the first place.

Doing justice to the Bedoun residents  and benefiting from their energies would mean an added value for Kuwait. Investing in immigrants and expatriates, and granting them long-term residency, or even “fat-free” nationalities would contribute to the renaissance of this country instead of becoming outlaws.

We have a live example in this regard in the Kingdom of Saudi Arabia and the United Arab Emirates. Immigrants are granted golden residencies and nationalities in order to benefit from them. The same is the case in Egypt, Morocco and many Arab countries.

Also, in those countries, a woman married to a foreigner can grant her children the nationality of her country, given that those countries do not practice racism based on the monopoly of financial and service privileges. 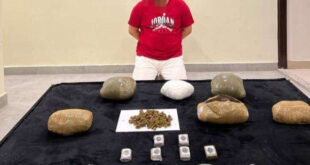 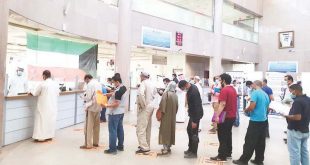 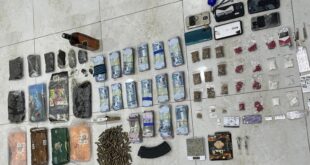 This post has been read 25128 times! KUWAIT CITY, Dec 30: The Criminal Security Sector …