KUWAIT CITY, Oct 21: An unidentified Ghanaian woman has filed a complaint with the police accusing a Jordanian of attempting to kiss her, reports Al-Anba daily.

In her complaint the woman said the suspect offered to drop her on Amman Street in his car and when she reached the place be attempted to kiss her. The daily did not give more details.

Meanwhile, an unidentified Kuwaiti has filed a missing persons report with the Adan police on his 27-year-old sister. In the report he said the sister left the house Wednesday and did not return, reports Al-Rai daily. He added, when he tried to contact her, he found her cell phone switched off.

The complainant has given police details about the missing woman. In another incident, two persons – an Eritrean and a Sudanese – have filed complaints with the Salmiya Police Station accusing 10 persons of assaulting them for no reason, reports Al-Rai daily.

The incident happened inside a commercial complex. They have submitted medical reports to support their claims. And, a female Kuwaiti lawyer has filed a complaint with the Bayan Police Station accusing a tweeter of insulting her, reports Al-Anba daily. The lawyer has given police details of the suspect.

Also, a Kuwaiti woman has filed a complaint with the Waha Police Station accusing her ex-husband of damaging her car, reports Al-Anba daily. She has given police the description of the suspect and details of the incident

Jordanian arrested for harassing people at the mall 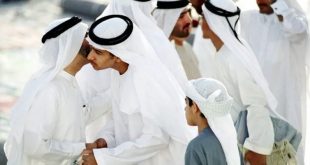 Corona pandemic has put an end to men kissing men