KUWAIT CITY, Feb 27: Some accounts on various social media have taken to selling firearms locally which opens the door to ask the question how the owners of the sites have so much confidence in themselves and what is the role of the e-crimes department and weapons investigations department, reports Al-Qabas daily. One of the tweeters advertised the sale of a Russian-made machine-gun for an amazing price. He said those interested should message him to discuss the price and method of delivery. On one of the Facebook pages which specialize in buying and selling anything inside Kuwait, a fictitious account announced the sale of EKOL machine-gun, with two magazines, cleaning kit and 50 rounds of ammunition for $4,500.

A security source said there are special electronic teams that pursue the advertisements and a number of owners of these fictitious accounts in Kuwait have been arrested for breaching various press and publication laws, including laws which threaten the security of the state and sale of weapons. The source pointed out, most of these people have denied their relationship to the accounts, and claimed their original accounts were hacked.

The source added the technical teams are conducting investigations to make sure if the accounts were really hacked or not. If it turns out to be just a ploy, they will be referred to the Public Prosecution, jailed and fined. The expatriates will be deported after serving the sentence 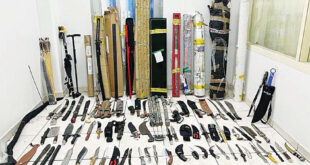 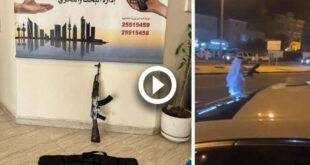 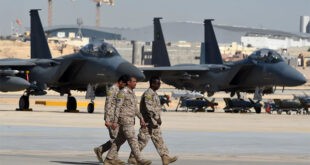 This post has been read 5858 times! The pistol and rounds seized KUWAIT CITY, Oct …