It’s going to rain next week

KUWAIT CITY, Oct 22: Meteorological expert Adel Al-Marzouq says the weather observation maps and weather forecast indicate that there will be 40 percent chance of rain, which will not exceed 1 mm, starting from next week on Sunday or Monday, reports Al-Anba daily.

In a press statement, he stressed that the forecast was based on the existence of multifocal atmospheric depression scattered in the middle of Arabian Peninsula to the south with strength ranging between 1010-1012 millibars and with high atmospheric pressure concentrated between the eastern coast of the peninsula and the plateaus located inside Iran.

Al-Marzouq said, “The wind will be concentrated in the north of the peninsula, especially in the south of Iraq and the north of Kuwait, which will be volatile in direction and at a moderate to vigorous speed of about 16 km/h”. He added that the overall temperature will remain in accordance with its annual average, which ranges between a maximum of 32-34 degrees Centigrade and a minimum of 20-22 degrees Centigrade. 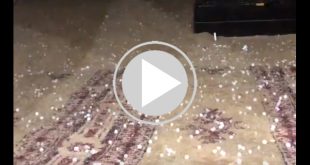 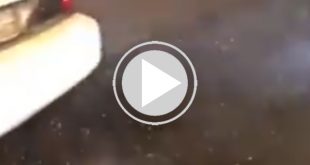