THE Lebanese Prime Minister Najib Mikati is making the mistake of knocking on the doors of some capitals in an effort to resolve his country’s crisis with the Arabian Gulf states, when the solution is actually in Beirut, and not anywhere else.

Therefore, what he gained from his meetings in Glasgow, Britain will be used neither in Kuwait whose Prime Minister he had met, nor in Paris where President Macron pledged to him to seek recalibrating the Lebanese-Gulf relations, or with Angela Merkel, or the British Prime Minister and others.

Before anything else, what must be emphasized, regarding what has become known, is that the statements of the Lebanese Minister of Information George Qardahi are not the reason. Such positions can be responded to through an article in a newspaper.

What Qardahi said was the straw that broke the camel’s back of the Iranian agent Hezbollah, which dominates the Lebanese decision, given that neither the President of the Republic, the Speaker of Parliament, the Prime Minister, nor the MPs and ministers have a word.

All of them are under the influence of the intimidations of Hassan Nasrallah and those who are around the corner from those invoking Iran against the rest of the people.

The measures were not taken out of vain … they are a long-overdue translation of the international position to isolate Lebanon. The Gulf capitals endured from Beirut what no other capital could bear, and were betting on an awakening that would stop the evil of that terrorist party from them.

However, this did not happen. Instead, Nasrallah continued, not only in cursing, insulting, and attacking the Gulf states, but also opening his party’s camps as a training sanctuary for Bahrainis, Saudis and Kuwaitis to carry out terrorist operations in their countries, helping the Houthis in their crimes, and committing many terrorist crimes in Iraq, Syria, Kuwait and Bahrain, as well as sending spy cells to the UAE.

In addition to all of that, it made Lebanon a platform for smuggling drugs to the GCC countries, and established money laundering networks, while the Lebanese official institutions did not move a finger.

In fact, they have always been, and still are, subject to this gang, which is what made all the Gulf states take the fateful decision to either stand by this door from which the toxic winds blew in, or close it until Lebanon regains its sovereignty and freedom of decision.

The Gulf Cooperation Council has never interfered in Lebanese affairs except for the benefit of the Lebanese people, something that it is still keen about, knowing that the mafia system and the ruling militias are responsible and not the five million citizens who today suffer from a living and economic crisis that this country has not experienced in 170 years.

Therefore, Mikati must work on rearranging his inner house, and not bet on the mirage of promises that quickly go into oblivion after the meetings end. What has been written has been written … it will not change as long as nothing in Lebanon changes.

It remains to be said that this country, whose people are dear to the people of the region, no longer is of any political and economic importance to the countries of the Gulf Cooperation Council. Any assistance provided to it goes to the enemy who is shooting at us. Because of this, we reiterate: “Do not knock on the wrong doors, Mr. Mikati. You know what is required.

“The problem is with the Iranian camel that rages daily with its grudges against us, and not with the Lebanese people.

“Therefore, spare your effort to solve your crisis with the devil’s party, and then contact the Gulf states.” 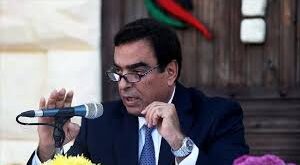 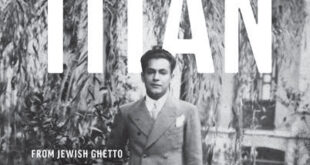 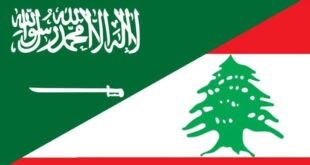