Al-Otaibi, who chairs the organizing committee, said in a press conference held on Sunday His Highness the Amir’s support of the Grand Prix made the championship one of the most important tournaments.

He added that the championship, which will last for six days, would include all Olympic shooting competitions, with the participation of the most skilled world archers, from Italy, Spain, Kazakhstan, and others, from Arab countries and Kuwait. On the sidelines of the tournament, specialized training courses will be held for archers, referees and coaches in Dirt shooting, international arbitration of bow and arrow shooting, and electronic arbitration, Al-Otaibi added.

Al-Otaibi stressed Kuwaiti shooters’ readiness to compete in the tournament, pointing out that the Shooting Club is also working on preparing its young players to develop their skills for future competitions. For his part, the club’s secretary general Obaid Al-Osaimi said that the Organizing Committee was preparing all shooting rangers for the competitions, and welcomed all Gulf, Arab and foreign delegations to the tournament.

On the other hand, Archer Mansour Al-Rashidi told reporters after attending the conference that the tournament is a special opportunity for him and his colleagues to prepare for the upcoming events, mainly (the Tokyo Olympics), noting the club’s great support for all archers of Kuwait. 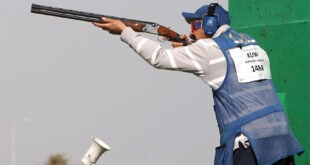 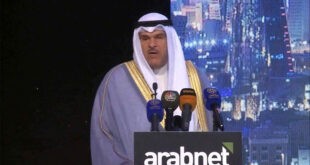