KUWAIT CITY, Apr 3: An Indian expats who was an patient was transferred this morning to the Amiri Hospital was pronounced died on arrival was not among those infected with the Coronavirus but was present in the building which was quarantined for cases of who came in contact with a confirmed Corona patient.

The sources said that the expat had a severe chest pain today and he was taken by an ambulance to the hospital and it was found that he died and that attempts were made to revive him was unsuccessful.

The sources said that a smear was taken from the deceased and analyzed to test if he was infected with Covid 19 virus.

On the cause of death the sources indicated that Kuwait will review the World Health Organization for consultation in the classification of death, and whether it is recorded as the first death in the country due to corona or is it a death from a heart attack. 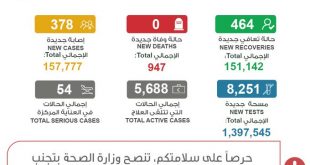 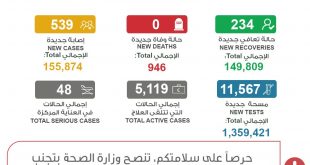 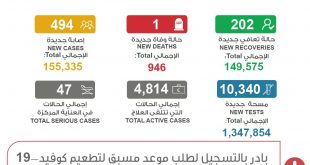