Decision to be taken based on 5 criteria

KUWAIT CITY, Oct 10: The health authorities will be assessing the developments of the coronavirus pandemic situation in the country. There has been a jump in the number of cases in ICU to 11% within one day which is recorded highest since mid-July with 139 cases.

The Minister of Health Dr. Basil Al Sabah denied the rumors which have been circulating on social media about recommendations to implement curfew. He further stated that any such decisions taken will be within the framework to confront the corona virus spread in the country. The plan is based on five criteria that regulate return to normal life, by moving from one stage to another, transmission scale, stability in number of infections, occupancy rate in ICU (beds & hospital beds) and number of people infected on a daily basis based on swab tests.

The recent spike in death cases that were recorded are classified  among different age groups, but many of them suffer from chronic diseases reports Al Rai .  The intensive care cases have begun to witness some aspects of an increase after a state of stability and decline during the past two months, reaching 84 cases only in mid-September due to negligence in adhering to health requirements and instructions which has led to the increase in infection and high risk. About 7 cases were placed on extracorporeal life support (ECMO) at Jaber Hospital.

The sources reminded that  “the option of resorting to strict measures is an option, adherence to health requirements is the weapon to avoid returning to the strict measures imposed by some countries in the world “. 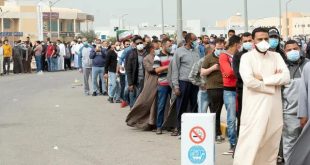 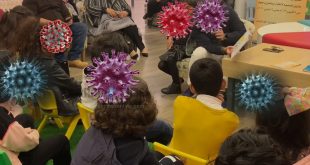 This post has been read 135711 times! Walking only sport in Corona KUWAIT CITY, April …