Chloé Zhao’s “Nomadland” won best feature at the 36th Independent Spirit Awards in a ceremony that turned the annual beach soiree into a virtual, mostly pre-taped event, and, possibly, an Oscar preview. The Spirits, usually held in a giant tent on the Southern California coast, have sometimes been a laid back dress rehearsal for the Academy Awards. “Moonlight,” “Spotlight,” “Birdman” and “12 Years a Slave” all won at the Spirits before taking best picture at the Oscars the next day, though top winners (“The Farewell” won the Spirits’ top prize in 2020) have diverged the last few years. But many of the same contenders overlapped this year, including “Minari,” “Ma Rainey’s Black Bottom,” “Promising Young Woman” and “Sound of Metal.” And “Nomadland” has been on a steady march to the Oscars.

The film’s Spirit win follows others at the Golden Globes, the BAFTAs, the producers guild and the directors guild. Zhao also won best director Thursday at the Spirits, an honor she’s heavily favored to win at the Academy Awards. It was a fitting victory for Zhao’s modest drama about rootlessness and community in the American West. Three years earlier on the day of the Spirit Awards, Zhao and Frances McDormand first met to discuss the project. Most of the other Oscar nominees went home with Spirit awards, too. Yuh-Jung Youn, the Academy Awards favorite, won best supporting female actor for “Minari.” Paul Raci, the 72-year-old veteran working actor who’s soaked up his moment in the sun, won best supporting male actor for “Sound of Metal.” Emerald Fennell, the writer- director, of “Promising Young Woman,” took best screenplay.

Twist
In one twist, best male lead actor went to Riz Ahmed for his performance in “Sound of Metal” — an award that has usually gone this year to the late Chadwick Boseman for his final performance in “Ma Rainey’s Black Bottom.” Carey Mulligan (“Promising Young Woman”) took best lead female actor in the category that’s perhaps most up for grabs at the Academy Awards. Previous awards have been split between Viola Davis (“Ma Rainey’s Black Bottom”), McDormand and Mulligan. Put on by the nonprofit Film Independent, the Spirits were hosted by Melissa Villaseñor of “Saturday Night Live” and broadcast Thursday night on IFC. The show, removed from the beach, did everything it could to virtually mimic the experience of the awards, including grouping Zoomed-in attendees by table. Josh Welsh, president of Film Independent, called it “the first ever pants-optional Spirit Awards.” The nominees were especially diverse.

None of the best feature nominees — “Nomadland,” “Minari,” “First Cow,” “Ma Rainey’s Black Bottom,” “Never Rarely Sometimes Always” — were directed by white men. All of the directing nominees — Zhao, Fennell, Eliza Hittman (“Never Rarely Sometimes Always”), Kelly Reichardt (“First Cow”) and Lee Isaac Chung (“Minari”) — were women or people of color. Nominees at the Spirits, the premier independent film awards, have to be made for less than $22.5 million. The Robert Altman Award, an honor for a film’s ensemble, went to Regina King’s feature film directorial debut “One Night in Miami…,” the fictional account of a 1960s meeting of Muhammad Ali, Malcolm X, Sam Cooke and Jim Brown. The disability rights movement documentary “Crip Camp” won best documentary. Best first film went to Darius Marder’s “Sound of Metal.” The Spirit Awards also this year began expanding into television. Among those winners was Michaela Coel’s “I May Destroy You” for best new scripted series and for best ensemble in a new scripted series. – By Jake Coyle (AP) 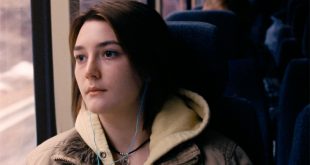