KUWAIT CITY, Nov 9: Scores of Kuwaitis living in Sabahiya have made known their concerns and demands as candidates compete for seats in the next National Assembly, reports Al-Rai daily. They have stressed that the most important demands are to improve the living conditions of the citizen, drop loans and pay attention to retirees, and improve their living conditions, in addition to the importance of addressing high prices and protecting the citizens in the face of economic fluctuations, as rumors abound of the state’s inability to pay salaries.

“The most important thing we want to do is combat financial corruption, which has spread in recent times and caused great frustration among citizens. We want to combat bribe and money laundering that has spread. The situation during the past years has been very bad for the citizen, and has gone from bad to worse,” said M.A., one of the residents of the area. He went on to say, “Unfortunately, voices are reaching us that there will be no salaries, and that the state’s financial capacity has begun to collapse because of the successive thefts. So where have we reached on this issue?”

He added what has the Parliament presented to us in terms of solutions to the issues that affect the homeland and the citizen? The reality shows that the National Assembly has not provided us anything, so why do they not drop the people’s loans to ease their pain? Another Kuwaiti who identified himself as MS said that “the citizen no longer relies much on the Assembly given the past experiences. When the members get elected to the Abdullah Al-Salem hall, they ignore the citizens’ issues but get bogged down in internal confl icts which “neither satisfies our thirst of kills our hunger.” He added, a citizen does not get a house until after 20 years of marriage or more, not to mention the lack of services in the new areas, which need another 20 years to be completed.

He also said, “It is not a secret that the citizen suffers from the high cost of living with the rigidity of salaries and the increase in the cost of standard of living and to add insult to injury the loans weigh heavy on us.” Yet another Kuwaiti, who identified himself as F.A., said, “Our demands for the new Parliament are many, on top of which is to address the health situation; the issue of treatment abroad which has become a subject of mediation, and the request to drop loans. Living has become very expensive and consumer loans have exhausted us, and we are tired of the National Assembly’s neglect of an important issue that affects the whole people.” 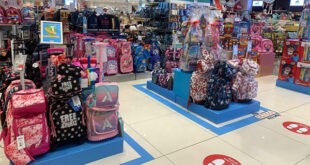 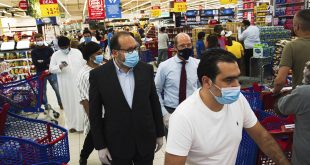 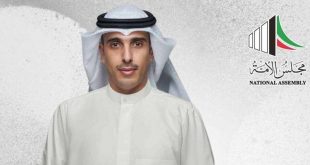 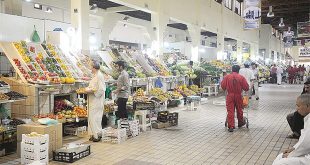 KUWAIT CITY, June 10: There has been great coordination between the competent authorities in commercial …