KUWAIT CITY, Oct 4: An extensive security campaign which was organized upon instructions of the Assistant Undersecretary of the Ministry of Interior for Public Security, Major-General Farraj Al- Zoubi has resulted in the arrest of many violators of the residence law, street vendors and menial workers who are staying in the country illegally; in addition to the arrest of two bootleggers, reports Al-Rai daily. All violators have been referred to the deportation center. 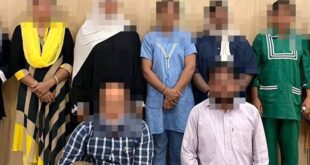 KUWAIT CITY, Oct 31: The Ministry of Interior arrested 9 Asians without identification documents, they …