KUWAIT CITY, Oct 3: Chairperson of the permanent Defense Committee in Kuwait Lawyers Society Attorney Fawaz Al-Khateeb said it is illegal to arrest a lawyer while performing his official duties, indicating such action hinders the process of serving justice and infringes the rights of the lawyer.

In a press statement, Al-Khateeb disclosed a lawyer was arrested when he requested to be present before an investigator who was looking into a case. He was detained at Hadiya Police Station and then transferred to Ahmadi Police Station where he spent the weekend.

He explained the act of arresting the lawyer is against the law, particularly procedural articles 11 and 75 which govern the legal practices of lawyers. He pointed out that a lawyer insisting to be present with his client during investigation is not considered illegal.

Share on:
WhatsApp
Share
Previous Kuwaiti threatens a Police Officer
Next Customers frustrated as rates of tents rise even before camping season starts 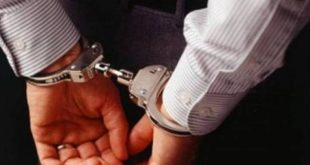 KUWAIT CITY, April 15: The detention renewal judge has ordered to extend until April 29 …