KUWAIT CITY, Dec 30: Suspension of commercial air traffic at Kuwait International Airport and the application of precautionary health measures in public places have ignited the prices of reservations to spend New Year’s Eve or to have dinner in some local hotels, reports Al-Rai daily.

This happened due to the pressure imposed by the public demand after changing their plans to travel during the New Year and instead resort to domestic tourism as the only option, amid the limited supply of hotel capacity, given that most facilities closed their doors due to the repercussions of the COVID-19 pandemic.

The biggest pressure came from the demand for hotels located on the coastal strip, most of which witnessed high prices.

Sources from the hotel sector explained that the suspension of commercial air traffic at Kuwait International Airport prompted many citizens and residents to reconsider their plans to spend the New Year holidays overseas. Coastal hotels, restaurants and chalets became the first choice for those wishing to spend the holidays, followed by hotels in the interior areas.

The sources indicated that there are restaurants outside hotels that have entered the line of celebration by providing offers for a luxurious family dinner on New Year’s Eve at promotional prices of KD 42 for four people.

As for New Year’s Eve reservations, five-star hotels recorded price levels reaching KD 250 for two people in one room. Other hotels are available at slightly lower prices, starting from KD 175 for two people, and going down from KD 160 to KD 50 for some hotels in the interior areas. The prices are determined by the distance the hotel is from the Gulf coast and its rating.

Share
Previous Required Chef
Next Demand for housing decreased in 2020 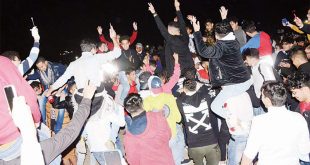 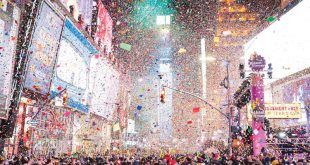