Had you followed Napoleon’s saying, you would have dropped the ‘Ibex’ aggravators before they drop you

NAPOLEON Bonaparte once said, “An army of mule deer led by a lion is better than an army of lions led by an ibex.”

By saying this, he was laying a sound base for leadership. Perhaps His Highness the Prime Minister should have realized this from the beginning.

Despite our appreciation and respect for his honorable character, he charted the path of his departure from the premiership of the Council of Ministers with his own hand when he left the “needle and thread” for the National Assembly, which perhaps would exit with him.

Never before in any country in the world has four governments been formed within a period of two years and a few months. What is worse is that they have been unproductive. Rather, the majority of their decisions seemed like a reaction or an echo of the voice of the MPs, which led to further deterioration of the financial, economic, political and social conditions.

In terms of social conditions, we have reached a point where we are similar to the Taliban in stifling the people who feel miserable and unhappy about closing the country and preventing all sources of joy. Even if the government had allowed such sources of joy, the Ministry of Information would soon issue a decision to prohibit the licensing of parties because an MP from the enemies of joy did not like that.

The government’s confusion during the COVID-19 pandemic emerged in its clearest form. Instead of ensuring proper treatment, people’s pain represented an opportunity for opportunists, as the government spent about $ 17 billion on medicines and medical equipment to confront the pandemic, and most of them were never used. The scandal of imported masks, which cannot be used anymore, is just a tip of an iceberg.

Unfortunately, no one has moved a finger on this matter. Instead, it opened the coffers of public money in order for the corrupt people to plunder as much as they can from them.

In this regard, the National Assembly, which is supposed to monitor the work of the ministry, turned a blind eye to this open corruption because there are some beneficiaries in it.

What is the most dangerous is that the four governments did not put in place any realistic plan to address the issue of the decline in the sovereign rating. They instead left the matter to spiral until it further declined, even though it was the best in the Gulf about three years ago.

Whenever someone gave advice to His Highness the Prime Minister, his response was that the National Assembly does not agree with what we propose of laws, or that our financial and economic situation is fine. This begs us to ask – If our situation is really fine, why didn’t you reward the retirees?

Everyone knows that to say the situation is fine is a message of reassurance that governments in developing countries send to senior leaders to maintain their positions even though the imbalance is clearly visible.

In all the tests that these governments were subjected to, they made deals to get out of the impasse, when it could actually have turned to popular issues and worked to solve them, saving itself and the people high costs, and not use the carrot and stick policy in housing care, employment and other pressing issues.

In the midst of all this, Kuwait lost great figures, especially ministers from the ruling family such as the former ministers of Defense and Interior Sheikh Hamad Jaber Al-Ali and Sheikh Ahmad Al-Mansour, because they did not find anyone to listen to their advice. Even if he heard, the Prime Minister wouldn’t have passed it.

What is remarkable is that the resignation was accepted 20 hours after its submission, as if what was required was to make them scapegoats.

The strength of the National Assembly came from the weakness of the government, which gave it the upper hand because it has given up its full exercise of its powers.

The government’s weakness was evident in His Highness the Prime Minister’s response to the grilling, which is to say the least in his reading that was written decades ago.

If His Highness believes that one of the achievements of his governments was the non-interruption of electricity during the COVID-19 pandemic, did he expect the electricity would be cut off due to the pandemic after all the billions that were spent on this sector and the consumption of 300,000 barrels of oil per day on its production?

Here, we remind His Highness that the electricity was not cut off in the country except for a few days during the invasion. Perhaps he even forgot to remind us of the most important achievement of his government, which was the decision of his former minister of Commerce to add tea, salmon fillet and breadcrumbs to the ration card.

Your Highness, you are the one entrusted by the political leadership to manage the executive authority. Therefore you are the decision-maker to run the country, not the National Assembly. If it obstructed the government’s work and did not respond to it, you should have dropped it before it dropped you due to your failure to act according to what Napoleon Bonaparte said. 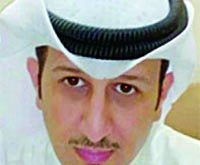