KUWAIT CITY, March 16 : The Kuwaiti Cabinet has approved a draft law on supporting and guaranteeing local banks’ loans to clients who were affected by the coronavirus measures. The Cabinet endorsed the bill, which was proposed by its economic committee, and referred it to His Highness the Deputy Amir Sheikh Mishal Al-Ahmad Al-Jaber Al-Sabah, said Foreign Minister and Minister of State for Cabinet Affairs Dr. Sheikh Ahmad Nasser Al-Mohamad Al- Sabah in a statement following the Cabinet virtual meeting.

The Cabinet has also tasked minister of commerce and industry to coordinate with the ministry of finance, the Kuwait Investment Authority, the Central Bank of Kuwait, the National Fund for the Supporting Small and Medium Enterprises, the Kuwait Economic Society and other relevant bodies to propose a slew of bills and executive measures to back small and medium-sized enterprises and mitigate the impact of the pandemic on them.

Earlier, His Highness the Prime Minister Sheikh Sabah Al-Khaled Al-Hamad Al-Sabah briefed the Cabinet about the reassuring recent medical checkups of His Highness the Amir Sheikh Nawaf Al-Ahmad Al-Jaber Al- Sabah in the United States. His Highness the Premier and the other ministers wished His Highness the Amir everlasting wellbeing. Health Minister Dr. Sheikh Bassel Al-Sabah updated the Cabinet about the epidemic situation in the country. In his presentation, the minister laid it bare that the daily rise in the number of coronavirus infections and fatalities is still high. He also noted that the number of hospitalizations and intensive care units occupants are also surging despite the imposed lockdown measures and night curfew. He stressed that this situation requires more vigilance and abidance by the preventive measures.(KUNA) 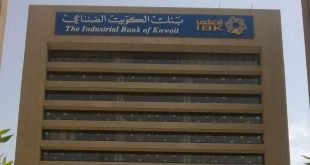