The cameras monitor any traffic violation and record it remotely in image and video forms which are then referred to the Traffic Violations Room where citations are filed against the violator. Therefore the absence of a patrol or traffic police is no longer an opportunity for violations to happen unchecked, as the violator’s traffic violation will be recorded through traffic control cameras. Head of the Traffic Public Relations and Awareness Department, Major Abdullah Abu Hassan, briefed on the mechanism of operations in the control room, especially these days during the month of Ramadan. He explained that many of the roads and streets of the country are experiencing traffic congestion because many people are heading to shopping places and malls. This results in bottlenecks and high densities in some places.

The control room in the General Traffic Department is working in full swing, to be its supportive role, by directing the traffic patrol teams to the sites of congestion in order to direct the traffic movement in a smooth manner. Major Abu Hassan added, “One of the reasons for the crowding is the failure of motorists to stop properly at entrances and exits and at traffic lights. Some of them block entrances, and roads and obstruct traffic. Traffic officers are doing their role effectively”. He appealed to motorists to cooperate in order to achieve smooth traffic flow, stressing that the control room monitors intersections, especially during peak hours that witness heavy traffic, as it works to change the time allocated in some traffic signals and close some entrances so that vehicles run normally as much as possible. He highlighted the complete ban of using bicycles or scooters on the roads.

Major Abu Hassan concluded his statement by calling upon the public who exercise during the curfew hours to avoid walking in the middle of the road, as there are motorists who have permits to drive during curfew hours, in order to avoid any accidents.

Meanwhile, for the second day in a row, the country witnessed traffic jams on the main roads as citizens and expatriates flocked to cooperative societies and parallel markets to buy Ramadan supplies on the eve of the first day of the month of fasting, reports Al-Qabas daily. The heavy presence of security and traffic patrols was observed in the main circles and roads as they worked hard to regulate traffic movement and the crowd of shoppers in Mubarakiya Market, as well as the wholesale markets in Shuwaikh, Al-Rai and others. 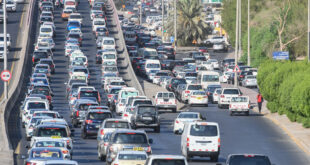 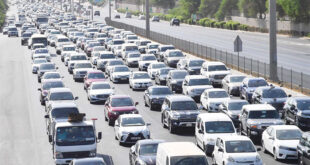 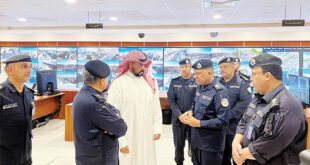 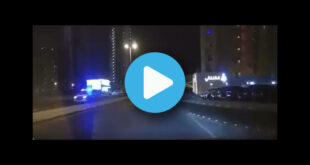 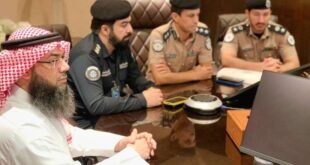 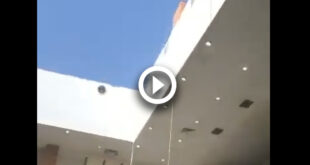 This post has been read 8570 times! KUWAIT CITY, Aug 21: The strange accident that …