World Champion Grand Master Fadi Al-Andari, receives the Cup of Arab Innovation and Excellence for the year 2022 in Cairo – an atmosphere filled with patriotism and international cooperation between Arab brothers, in order to consolidate human values. Under the supervision of the Afro-Asian Federation of Modern Cinema and the participation of the Arab Federation for Lebanese Physical Culture and the Royal Crown Club, in cooperation with the Middle East Institute for Development, Consultation and Development and the International University for Creativity and Human Sciences in accordance with the standards of the international program.

A group of distinguished and influential personalities in the Arab world were honored, within the framework of the great conference that was held at the Civic Education Center building at the Ministry of Youth and Sports in Cairo, in the presence of the best distinguished personalities in the Arab world: Professor Fawzi Al-Khodari, President of the Arab Federation for Physical Culture, Ibrahim Khalil Sharara, the Lebanese Consul, representing the Lebanese Embassy in Cairo.

As a result, they honored the Lebanese World professional Champion Grand Master Fadi Al- Andari, the legend in Muay , who was called “The Miracle of Sports, and who won the Innovation Cup and the Golden Medal of Excellence for 2022.” Fadi Al-Andari won the title of “The Legend” in “Muay Thai” after his victory in the second round by “knockout” over the Thai player “Piset” who was half his age, also andari was suffering from a broken leg in the first round. He was called the “miracle” in sports in the year 2019 after winning in a short time various awards of sports titles in natural bodybuilding that held in South Korea (WBPSF) after 24 hours of Muay Thai, WFF, martial arts and martial arts (WPKA, WML , WMO and WMF) championships. Major General Staff Harb Ahmed Zaghloul Mahran along with a group of public, artistic, sports and media personalities also attended.

They were headed by the able artist actor Samira Abdel Aziz and the journalist Abdel Rahman El Sheikh, president of the Afro-Asian Federation of Modern Cinema, Ambassador Dr. Reda Al-Senussi, Chairman of the Board of Directors of the Middle East Institute, Ambassador Dr. Samia Al-Sadiq, Dr. Raafat Al-Khamsawy, President of the Royal Crown Club, Dr. Dalia Al- Khodari, and Ambassador Dr. Safaa Al-Shawaf, General Coordinator of the Conference. The conference was held under the auspices and supervision of the Conference President, Dr. Ahmed Al-Shawaf, Secretary General of the Supreme Council of Arab Journalists and Media Persons, and the President of the Arab Innovation and Excellence Cup Award Conference. 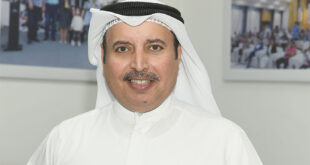 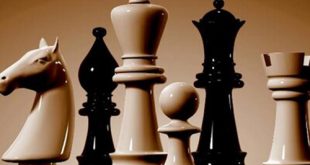 The Game of Chess