KUWAIT CITY, Jan 8: The Council of Ministers has canceled the Decision No. 512 that was adopted at its meeting No. 23/1997 on June 29, 1997 concerning the establishment of a free zone in the port of Shuwaikh and its geographical borders, reports Al-Qabas daily.

The daily added, the Public Authority for Industry shall, however, continue to assume the tasks entrusted to it in the area until April 1, 2019. The government has entrusted the Kuwait Ports Authority, in coordination with the Kuwait Municipality, to make future plans and projects for ports according to the fourth organizational chart of the State.

The Investment Promotion Board has preferred to stay away from the current issues concerning the Free Trade Zone saying it is necessary to keep the area under the supervision of the Ministry of Commerce and Industry.

The contracts should not be renewed with investors demanding the evacuation of buildings and land and handing them over to the government jurisdiction. The minutes of the meeting, which decided to cancel the decision of the Free Zone, stated the following: Based on the decision of the Council of Ministers No. 512 adopted at its meeting No. 23/1997 held on 29/06/1997 to approve the location of the free zone and its geographical borders in the port of Shuwaikh within the proposed borders remains cancelled.

Share
Previous Future of economic reform not bright, lots of talk, no implementation
Next ‘Kuwait records lowest rate of savings in the Gulf region’ 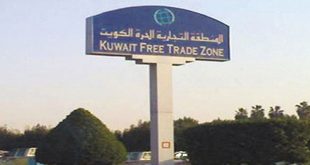